The following article appeared in The Source on August 4, 2016. 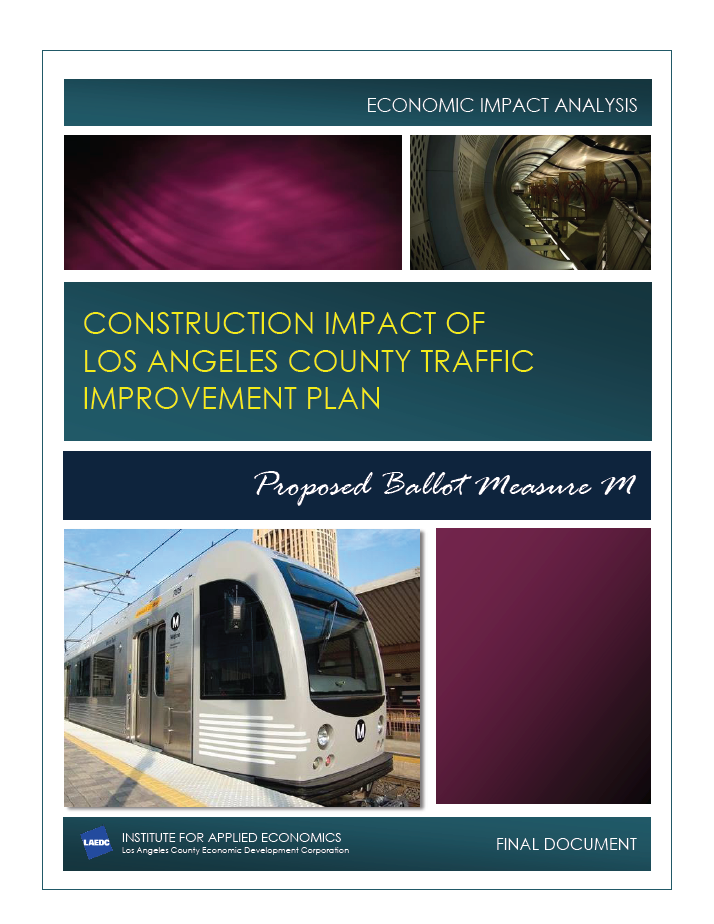 Here’s the news release from Metro:

The ballot measure would add a half-cent sales tax in 2017 and continue the current half-cent Measure R tax after it expires in 2039. The two would then combine for one cent, which would continue until voters decide to end it. The tax measure would generate an estimated $120 billion in the first 40 years with projects delivered over the 40-year timeframe.

A breakdown of the LAEDC economic forecast shows:

The LAEDC will continue economic modeling in the coming months and release a future report assessing the impacts of other non-capital programs proposed in the ballot measure, such as local return of sales tax dollars to the 88 cities in the county for local street improvements and transit operations.