The following excerpt appeared in the San Gabriel Valley Tribune on June 23, 2016. To read the full article, click here. 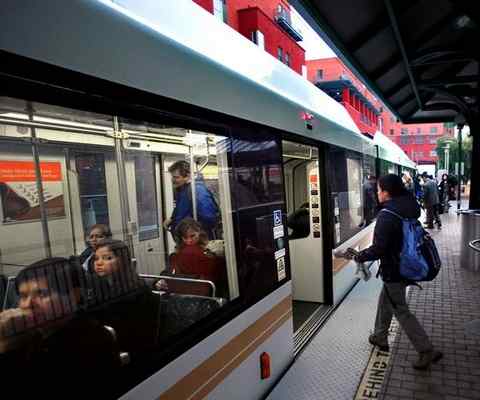 Gold Line riders wait at the Del Mar Station in Pasadena. If the half-cent transportation tax is approved it would be used to extend the Gold Line to Claremont. San Gabriel Valley Tribune.

A ballot measure that would raise the sales tax in Los Angeles County by a half cent and fund $120 billion in rail and freeway improvements over the next 50 years moved a step closer Thursday to being considered by the voters.

The Los Angeles County Metropolitan Transportation Authority (Metro) board — by an 11-2 vote — approved the measure for placement on the Nov. 8 ballot. Though considered a formality, the county Board of Supervisors, whose members also sit on the 13-member Metro board, have until Aug. 12 to place the initiative on the ballot.

The new tax would fund numerous projects in the next 10 years, including: a possible light-rail train through the Sepulveda Pass connecting the Westside with the San Fernando Valley; extension of the Gold Line from Glendora to Claremont; completion of the Purple Line subway to Westwood; a mega Green Line station at 96th Street that will accommodate a people mover into the central terminal of Los Angeles International Airport; and a Green Line extension to Crenshaw Boulevard in Torrance.