The following article originally appeared on the Claremont Courier website on June 28, 2013. 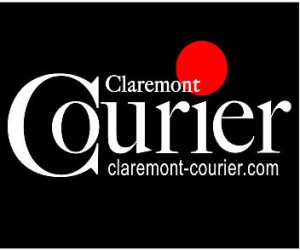 When it comes to the Los Angeles County Metropolitan Transportation Authority (MTA) and plans for the Gold Line light rail system, Claremont is once again getting left behind.

The MTA Thursday approved changes to the multimillion dollar Measure R transit expenditure plan without including the most up-to-date information on the Gold Line’s Foothill extension, despite pleas from Claremont officials and other local legislators.

Approved by the voters in 2008, the Measure R Traffic Relief and Rail Expansion imposed a half-cent sales tax increase in order to fund critical highway and transportation projects throughout the county, including the construction of the Gold Line from Azusa to Claremont, an expected $1.71 billion project.

However, MTA board members conspicuously left off the actual cost value of laying tracks through Claremont because “there is no more money for the Gold Line.” Local officials are characterizing the board’s oversight as disingenuous and careless with taxpayers’ money.

“It is unfair to the people who voted for [Measure R],” said Sam Pedroza, Claremont council member and first vice chair of the Metro Gold Line Foothill Construction Authority board. “There is a lot of frustration and confusion as to what the voters think they are voting for and what they are actually getting.”

It isn’t about receiving more Measure R money, but having the expenditure plan accurately reflect the funding gap that needs to be filled in some way, Mr. Pedroza asserts.

“We are just asking to be properly identified on the expenditure plan so we can say, ‘We have an $800 million funding gap, we need to go out and help find funds and Metro, you need to help us,’” the council member said in a recent interview.

Particularly troublesome to Mr. Pedroza was Richard Katz and LA Mayor Antonio Villaraigosa acting as major proponents of moving the plan forward quickly despite their impending departures from the board in coming months.

“These were absolutely lame duck session approvals,” Mr. Pedroza said. “That, to me, is horrible public policy.”

On behalf of the city of Claremont, Mayor Opanyi Nasiali had sent a written plea to the MTA board on June 4 requesting that actual cost estimates for the Gold Line project, among others, be reflected on the amended plan. He also asked that the specific amount of Measure R funds be identified for each project before the plan’s approval. A petition was circulated and administrators from several other local cities—including Glendora, Pomona and San Dimas—expressed similar sentiments.

Heeding those requests, Supervisor Michael Antonovich, chair of MTA’s board of directors, moved to amend the plan to include the intent by the voters to see the Gold Line constructed through Claremont and to recognize the $764 million funding gap. His motion was dismissed and the plan was adopted as is. Instead, board members have agreed to hear a report on the matter in September.

Though noting his extreme disappointment, Mr. Pedroza and the Foothill authority have not given up yet. In fact, they say they are more focused than ever on keeping the train moving east. With the environmental impact report for Phase 2B nearly finished and construction of the Gold Line set to reach Azusa by 2015, board members remain fixed on their goal of seamless construction through Claremont.

“This is why we created the Foothill Construction Authority in the first place, because we wouldn’t have one mile of construction if it was left to the MTA,” Mr. Pedroza said. “It’s always been an uphill battle dealing with limited funding. What it comes down to is we just need to approach the funding gap at a different angle now.”