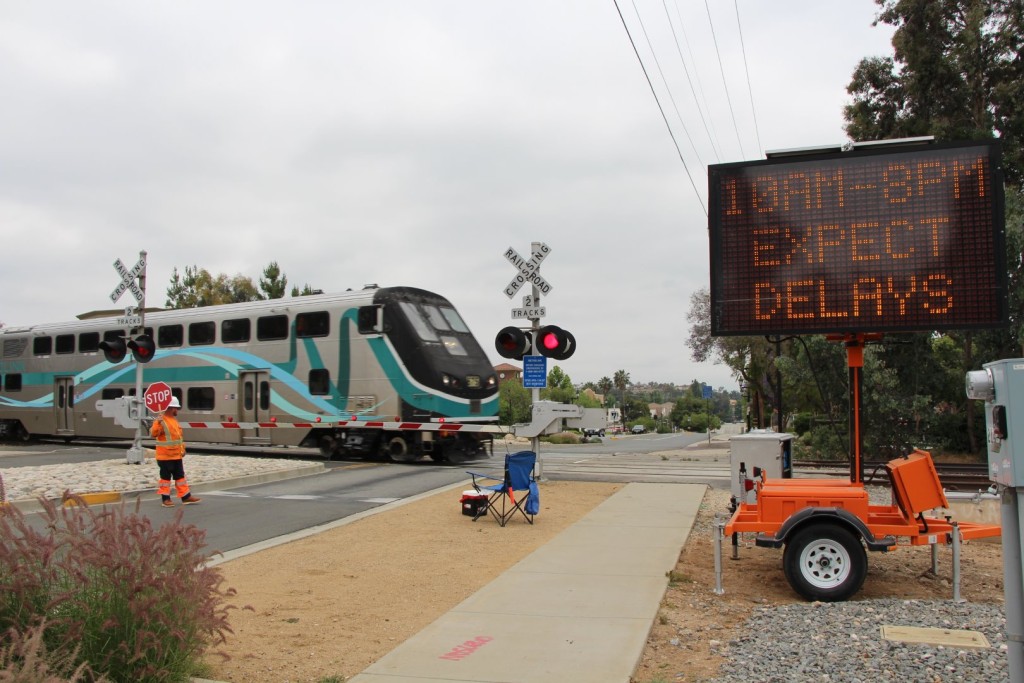 This past Sunday, the Construction Authority successfully completed the second of three phases of testing for the newly installed underground communications system for the freight line that runs through the Glendora to Montclair corridor. The testing involved several trials with an active Metrolink train, running between Glendora and Pomona, to ensure the new communication system would activate and deactivate the train signals at all street crossings in the test area.

The Construction Authority appreciated the patience of the residents and businesses that were impacted by the train testing. 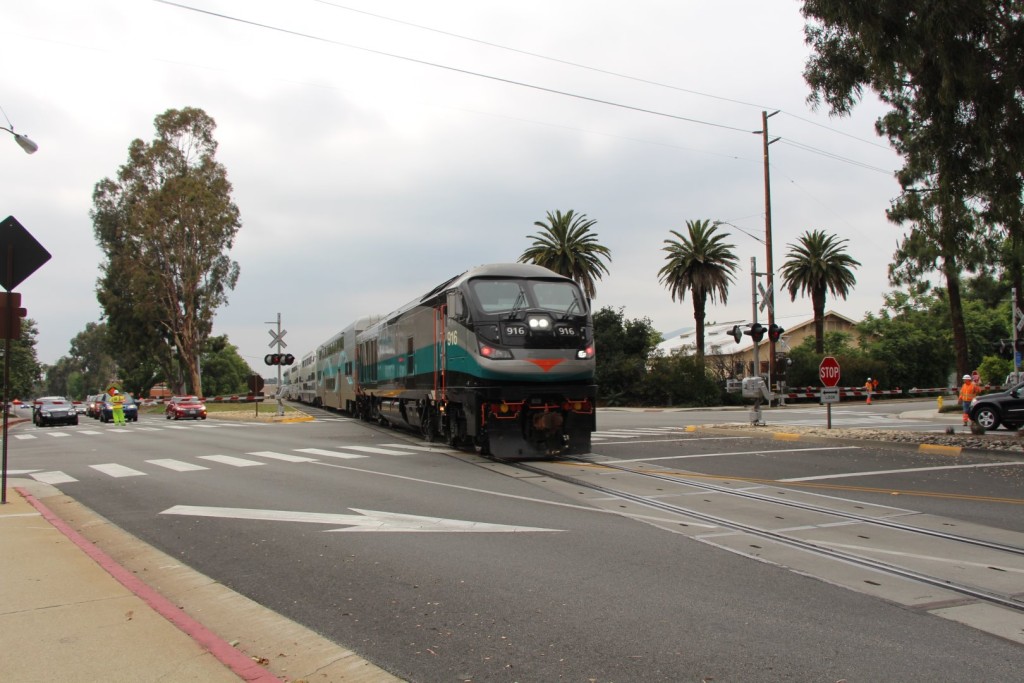 The third and final phase of testing will take place on Sunday, June 23, between San Dimas Canyon in San Dimas and just west of Cambridge Avenue in Claremont (with approaches to accelerate/decelerate that will impact crossings in San Dimas and Claremont). The Construction Authority will send a future notice/reminder for this testing day.

NOTE: Metrolink and the Gold Line are two separate rail systems that use different types of trains. The Metrolink trains in these pictures are diesel-powered trains that run on the same tracks as freight and were used to test the freight communication system. The Gold Line will have its own separate tracks and utilize electric-powered light rail trains for passenger service.