The following editorial appeared in the Los Angeles Times on June 21, 2016.

Editorial: L.A. needs a great public transit system. Is a permanent sales tax the best way to do it? – Los Angeles Times 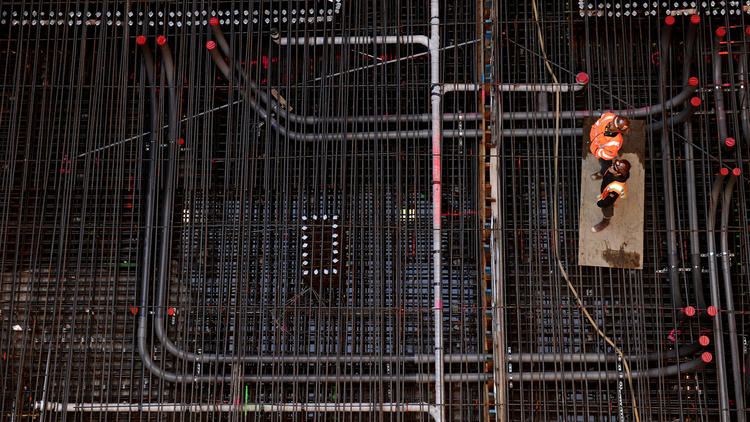 Here in the nation’s most populous county, there is one universal complaint: traffic.  So perhaps it should come as no surprise that when the Los Angeles County Metropolitan Transportation Authority asked for feedback on a proposed 40-year, $120-billion funding plan to double the size of the region’s mass transit system, improve highways and fill potholes, people said they wanted more projects, built faster.

A long wish list of traffic fixes is to be expected in a region with so many transportation needs. The surprise, however, is that in public meetings and opinion polls, people said they’d be willing to pay – and keep paying – for a better transportation system. In response, Metro staff came back with a new plan: They intend to ask voters to permanently hike the county’s sales tax to provide a perpetual funding stream to build, operate and maintain transportation projects.

Metro’s board of directors is expected to vote this week whether to put the sales tax measure on the November ballot.

The measure would permanently extend Measure R, the 30-year, half-cent-per-dollar-spent sales tax hike that passed in 2008 and kickstarted a massive public transit construction boom. And it would add another half-cent tax increase with no sunset. Those would be on top of two other permanent sales tax increases for transportation that were passed in 1980 and 1990.  If the board signs on to the permanent tax hike and 66% of voters agree, Los Angeles County shoppers would pay a total of 2 cents on every dollar for transportation forever, or until voters revoke one or all of the sales tax increases. That would bring in about $3.4 billion a year.

Few – if any – counties in the nation have such a large and permanent local source of transportation funding.  But few regions have the same need as Los Angeles, which has the worst traffic congestion in the nation. Drivers in the metropolitan L.A. region spent 81 hours sitting in freeway congestion in 2015, according to an annual analysis.  The build-out of a comprehensive, convenient public transit system will not eliminate congestion, but will give people real choices so they don’t have to sit in traffic, clogging the roads and polluting the air.

Metro has put together a funding plan that is generally logical and fair. The measure would commit 35% of the new funds to build more than a dozen major transit projects, including new rail lines through the middle of the San Fernando Valley, between Artesia and downtown L.A. and over the Sepulveda Pass. About 20% would pay for bus operations, which still serve the majority of Metro’s riders, and 2% would fund “active transportation projects” that make it easier and safer for people to bike and walk, which is a vital part of the transportation infrastructure that has been too often overlooked. Metro has also set aside 17% for a dozen highway projects and 17% for cities to spend on their local transportation needs, such as pothole repairs and sidewalk improvements.

There’s no question that Los Angeles County has tremendous needs and that the infusion of new money would transform the region’s transportation system. But the decision to switch  switch from a 40-year-tax to a permanent tax comes with both pros and cons, neither of which has been discussed much publicly.

The benefit of a tax with no sunset is that Metro can borrow against future revenue to build more projects sooner; some projects will be pushed forward as much as a decade, according to Mayor Eric Garcetti, a chief proponent of the plan.  The permanent tax also ensures Metro will have enough money to operate the expanded system and maintain it as it ages, which transit experts say is absolutely critical, noting that most of the nation’s public transit agencies haven’t set aside enough money to keep their networks in good repair. That’s why San Francisco, Boston and Washington have struggled recently with breakdowns and shoddy service.

But a permanent sales tax is, well, permanent — and it’s impossible to predict L.A. County’s funding needs 40 or 50 years from now. Will transportation still be the region’s top priority? Is it wise to lock up so much sales tax revenue for transportation that could be used instead to house the homeless or build new parks or hire more police officers?  Also, a time-limited tax forces Metro and its political leaders to include the public in its decision making process, lay out its goals and be more judicious with taxpayer monies. Transportation officials went on a spending spree in the 1980s and 1990s, financed by borrowing against Props A and C, both permanent sales tax measures, and the debt nearly paralyzed the agency’s operations.

Whether Metro ultimately goes to the ballot with a 40-year, 50-year or permanent sales tax hike, the fact is Los Angeles County needs a great public transit system, and it’s going to take money to make it happen.

Nearly 50 years ago, Los Angeles County voters rejected a half-cent sales tax proposal that would have built an 89-mile rail and bus network between downtown, Long Beach, the San Fernando Valley and Westwood, the San Gabriel Valley, and even a route to LAX. The Times Editorial Board at that time urged a no vote, saying “we are an automotive people, unlikely to change our habits.” Imagine if voters had said yes? How many hours of congestion might have been avoided? How much pollution might have been prevented? Now, five decades later, our habits will have to change, one way or another.