Public transportation agencies and businesses achieved numerous milestones during the past year, from the openings of new rail, bus and BRT lines to the beginning of high-speed rail construction in California and top-to-bottom overhauls of entire bus route systems. Here’s a month-by-month look at these events as they appeared in Passenger Transport.

The Foothill Gold Line Construction Authority in Los Angeles held a series of ceremonies to mark the substantial completion of the six stations along the 11.5-mile light rail project that ultimately will link Pasadena and Azusa. 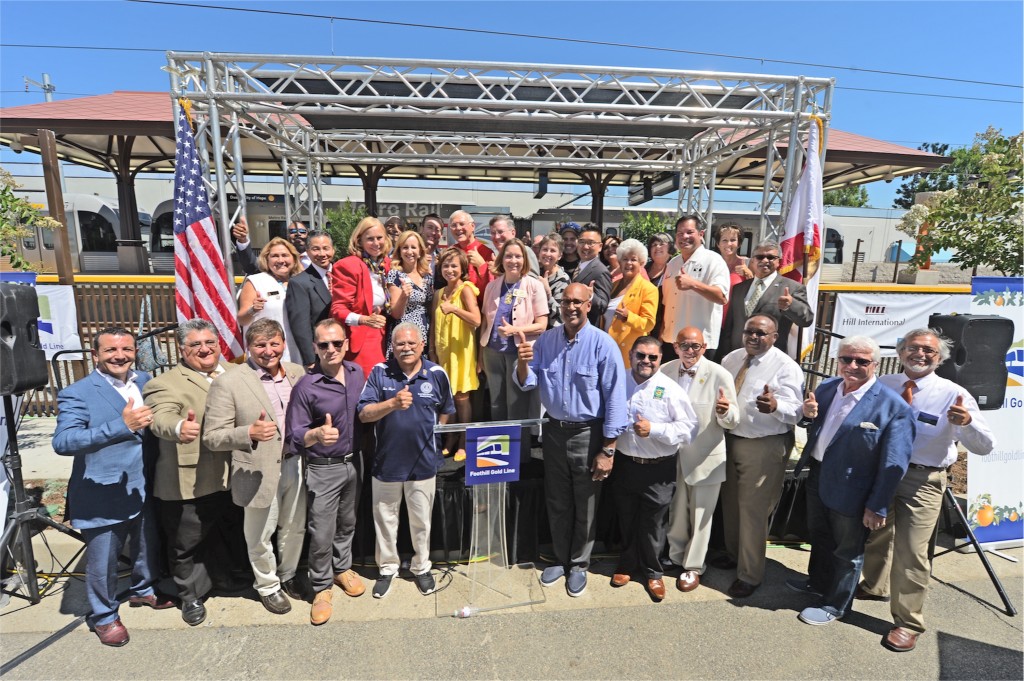 Passenger Transport Caption: Hundreds braved the heat at the Duarte/City of Hope Station to celebrate the substantial completion of the six-station, 11.5-mile Foothill Gold Line.