The following Guest Commentary appeared in the San Gabriel Valley Tribune and Pasadena Star-News on December 27, 2015. 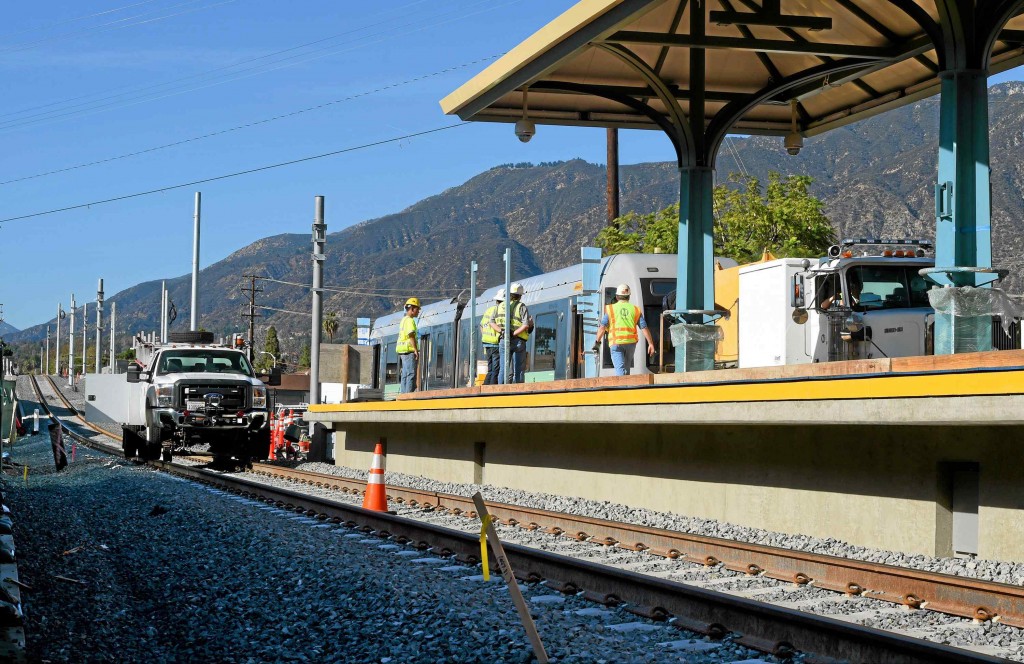 This has been a milestone year for the Foothill Gold Line, the project’s corridor cities, and community stakeholders who have been outspoken supporters of extending light rail further into the San Gabriel Valley for more than a decade.

2015 culminated with more than 4,000 residents and elected officials helping to celebrate the on-time, on-budget completion of the 11.5-mile, six-station Foothill Gold Line light rail project from Pasadena to Azusa. The celebrations followed a year filled with activity, including thousands of hours of safe work by contractors, successful testing of the line, and installation of one-of-a-kind artwork at each of the six new stations. The project’s success was the result of an unprecedented partnership between the Foothill Gold Line Construction Authority, Los Angeles County Metro, three design-build teams, five corridor cities, elected officials at all levels, and others.

The rail right of way for the Glendora to Montclair segment is secured and the project is environmentally cleared. Memorandums of understanding with the six corridor cities (Glendora, San Dimas, La Verne, Pomona, Claremont and Montclair) have been put in place over this past year, allowing design and engineering work to begin in earnest; and the Construction Authority is on schedule to issue a request for qualifications for the first design-build contract in late 2016 and to break ground in 2017. This schedule assumes the majority of the nearly $1.2 billion in construction funding needed is secured from a new sales tax measure for transit and highway improvements being contemplated by Los Angeles County Metro for the November 2016 ballot.

The Foothill Gold Line from Glendora to Montclair has been identified as one of the top priorities for funding through the new tax measure, and the Construction Authority is encouraged by the many officials who over the past several months have recognized the crucial role this next segment will play in improving mobility and the quality of life for our region — offering much-needed relief to the increasingly congested 210 Freeway corridor (expected to take on the majority of population and job growth in the San Gabriel Valley in the coming decades) and providing direct connections to more than a dozen universities, the Los Angeles County Fairplex, and all of San Bernardino and Riverside Counties via the Montclair TransCenter.

Over the coming months, Los Angeles County Metro will make crucial decisions about the sales tax measure, including finalizing the transit and highway improvement program to be funded and the timeline for funding each project. All current indications are good that the Foothill Gold Line from Glendora to Montclair will be included in those plans, and the Construction Authority is working to prepare the project for the likelihood that the measure will be approved by voters in less than a year.

So with the completion of one phase, the next begins.

Manny
2015: A year of accomplishment and anticipation – The Source