Mr. Balian provided the committee an overview of the Glendora to Montclair extension, as well as an update on the status of the procurement to hire the design-build team. In addition to the Gold Line update, the committee also heard updates from various other regional planning agencies about projects underway to improve connectivity between Los Angeles and San Bernardino Counties, and an update on SB1 funding and local projects that could be in jeopardy if Proposition 6 passes on the November 6 ballot and eliminates SB1.

SB1 is the transportation funding package approved by the state legislature in April that increased the state’s gas tax, diesel tax and vehicle registration fees to fund road repairs, expand public transit, improve highways, and build bridges and overpasses (among other improvements). As you know, earlier this year the Foothill Gold Line received nearly $300 million from the State of California’s Transit and Intercity Rail Capital Program (TIRCP) for transformative transit and rail projects. TIRCP receives funding from SB1.

SB1 is the largest state commitment to transportation in more than 40 years. In Los Angeles County, SB1 is expected to raise about $1 billion annually to help with county-wide projects (like the Foothill Gold Line) and local, city-sponsored transportation improvements in each of the county’s 88 cities. Detailed information on SB1 can be found at Metro.net and at Rebuilding California.

Click below for a breakdown of San Gabriel Valley projects and programs to be funded by SB1: 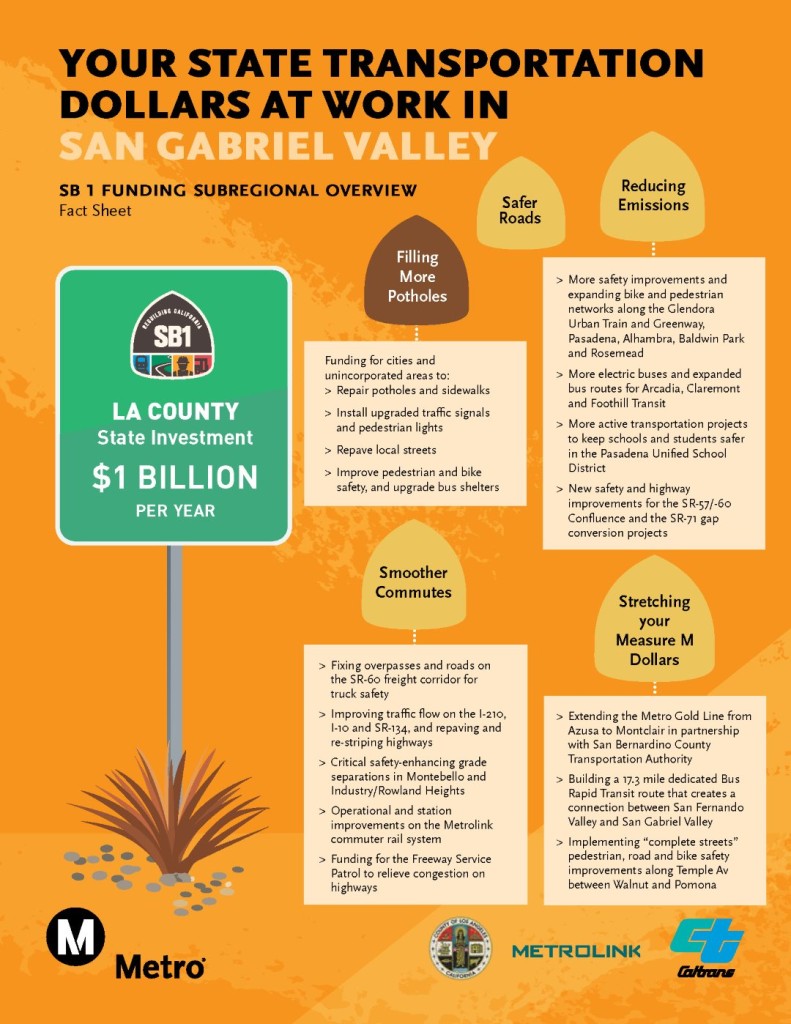