The following article appeared in Pasadena Now on April 22, 2016. 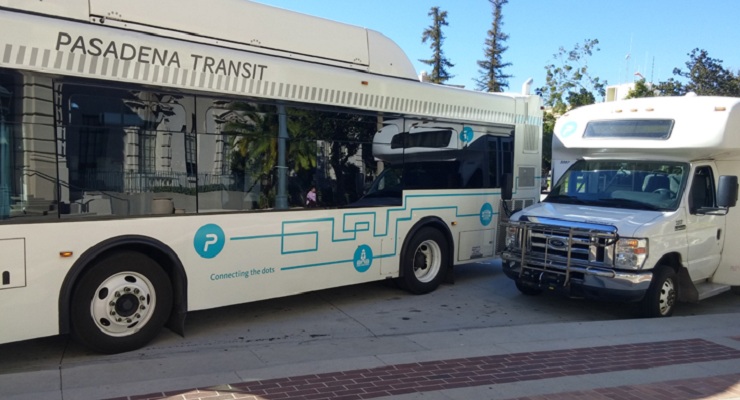 In one of the Pasadena Transit routes, specifically Route 10, ridership data saw a 22.5 percent increase during the same period, based on data provided by the city’s Department of Transportation.

In a report to Interim City Manager Steve Mermell, Transportation Director Frederick Dock said Route 10 – the Colorado route that connects to the Gold Line at the Allen Station – carried 14,539 riders in March 2016. Dock said this is the highest month-over-month percentage growth for Route 10 of Fiscal Year 2016.

Route 30, connecting Northwest Pasadena to the Sierra Madre Valley station, recorded a total ridership of 27,408 in March 2016, an 11.7 percent increase over that of March 2015. The increase also represents the highest month-over-month percentage growth for Route 30 since January 2014, Dock’s report said.

Dock also reported a three percent growth in ridership on Route 50, which had 5,147 riders in March 2016. The route connects the City Yards to the Gold Line.

Dock said this could be the effect of City Hall employees now using the Gold Line extension from their residences around Pasadena.

“We saw a dramatic jump in the free fare category that is attributed to city employees connecting from the Gold Line Foothill Extension to the City Yards,” Dock said.

Interestingly, transfers from Foothill Transit declined by 34.9 percent over March 2015. Dock said this may indicate that riders are transferring from the Gold Line Foothill Extension, instead of using Foothill Transit 187.

The department’s data does not include ridership statistics from Metro which was not available for the Gold Line for March 2016.