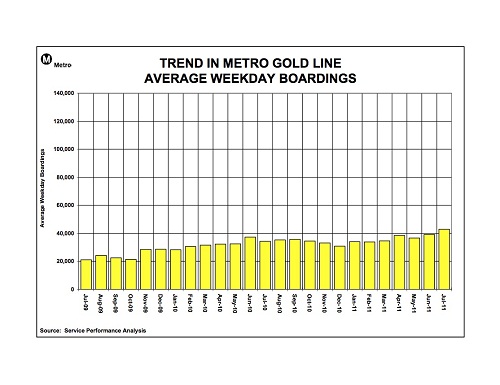 The Metro Gold Line has once again posted record ridership figures. In July 2011, average weekday ridership surpassed 40,000 boardings for the first time since the line began operating in 2003. To accommodate the expanding ridership, Metro is now operating three car trains with increased headways (every six minutes) during peak periods.

Below is a comparative look, provided by Metro, at how this July compares to the last two (keep in mind, the Eastside Extension opened in November 2009):