The following excerpt appeared in the San Gabriel Valley Tribune on September 30, 2016. Click here to read the full article. 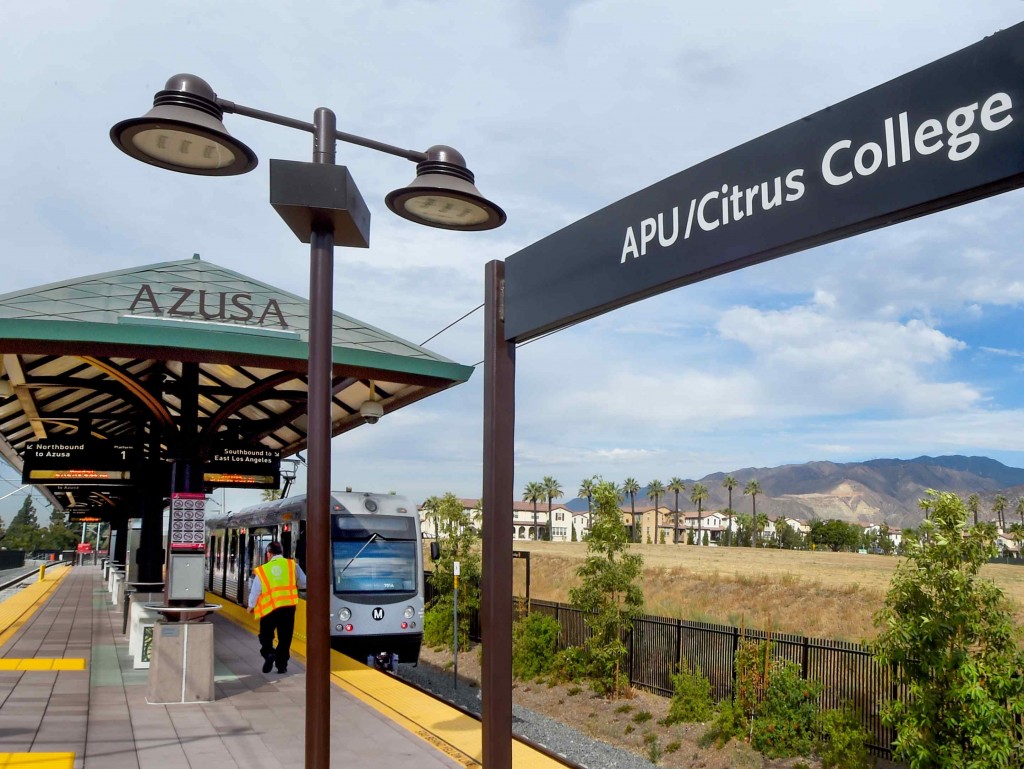 Azusa Station used for transportation by many students attending Azusa Pacific and Citrus College.The City of Azusa and Glendora officially opened its extension of Citrus Avenue Monday September, 19, 2016. The extension provides a direct connection to the APU/Citrus College Gold Line station so drivers and pedestrians don’t have to take a long, winding path through Rosedale.(Photo by Walt Mancini/Pasadena Star-News/SCNG)

Engineering plans for a 12.3-mile extension of the Gold Line from Glendora to Montclair were approved by the train construction authority’s board of directors and were released for public review Friday.

The 700-page document — completed after two years at a cost $15 million — outlines the alignment of two new light-rail tracks, plus the location and design of six future stations and parking facilities, 24 grade-separation bridges and 24 street crossings.

“It is a huge milestone. You can’t go into procurement unless you have this document to put before a contractor,” explained Habib Balian, chief executive officer of the Foothill Gold Line Construction Authority.