The following excerpt appeared in the Los Angeles Times on December 25, 2019. To read the full article, click here. 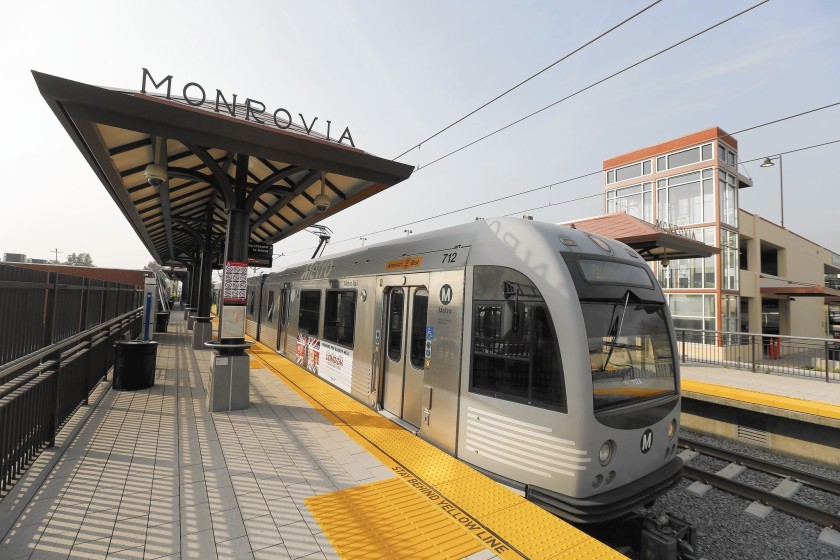 The bids that arrived last year to extend the Gold Line east of Azusa were hundreds of millions of dollars higher than officials had expected.

The price tag ballooned 38% to $2.1 billion. To stay within budget, the Foothill Gold Line Construction Authority was forced to truncate the line, postponing the construction of two stations and three miles of track.

“We were totally shocked,” Chief Executive Habib Balian said. “It was way, way off from what our estimates were.”

The unexpected cost increase is not unique to the Gold Line: It is one of at least three planned rail projects in Southern California facing a significant funding gap, underscoring the challenges of the region’s ambitious plan to build nearly two dozen major projects over the next four decades.

The rail building boom in Los Angeles County comes during a tight construction market that is partly of its own making. LAX is undergoing a multibillion-dollar renovation, an NFL stadium is rising in Inglewood, and Seattle officials are adding to the market pressure by embarking on their own ambitious, multi-decade transit construction program.

The surge in construction, coupled with low unemployment and stricter immigration policies, has made it difficult for contractors to hire qualified workers, which has driven up wages, the Associated General Contractors of America said.