The following excerpt appeared in The Source on April 28, 2016. To read the full article, click here.

How We Roll, April 28: parking at the Azusa Gold Line stations – The Source 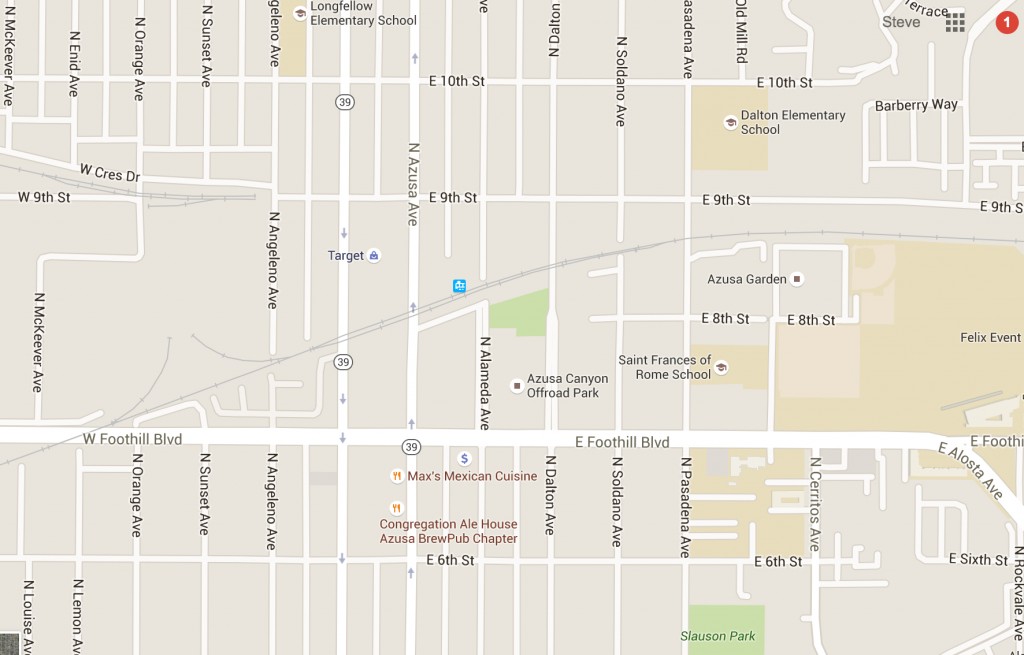 Parking for the Gold Line is already prohibited on the streets in the Rosedale development immediately north of the APU/Citrus College Station, where the garage has been filling by 5:30 a.m. on many weekday mornings. The Council action taken Monday night involves the Azusa Downtown station, where Metro’s spaces in the parking garage have been filling between 6 a.m. and 7 a.m. on most weekdays. The city controls 145 parking spaces in that garage, which are not available to Metro riders — and Metro riders who park there will be cited by the city of Azusa.

Here’s the description of the action taken from the Council’s agenda:

Audio from the Council meeting is here. The discussion begins at the 10:30 mark.

•The permit parking districts cover areas close to the station — where there are homes and apartments adjacent to the city’s business district.

•As city of Azusa officials note, Gold Line riders should not be parking in the Target garage across the street from the Azusa Downtown Station. Target has been towing cars, including 17 in a single day.

•I know there are people frustrated with the parking situation in Azusa and say the garages should have been built larger to accommodate the many people driving into Azusa from other communities to use the Gold Line.

•I think it’s worth remembering that Azusa was not planned to be the end of the Gold Line — there are plans to extend the Gold Line to Claremont and Montclair, if funding becomes available from Metro and San Bernardino County, respectively (funding is included in Metro’s potential ballot measure).

•It’s also worth mentioning that the other new Foothill Extension garages and lots have been filling up more slowly — Irwindale tends to fill by 9 a.m. and there are usually spaces available at Monrovia Station’s garage throughout the morning rush hour. The Duarte lot is small and sometimes fills. The Sierra Madre Villa garage in Pasadena used to fill or almost fill daily — and is now often well under half filled. So there are spaces there.

•Speaking more generically, the street parking rules vary near different Metro Rail stations. Generally, it’s often not easy finding long-term street parking near the more popular stations. There are exceptions. I personally think it’s a tough situation: I feel for those who want to take transit, I also understand the concerns of residents seeing increased traffic and parking on their streets.