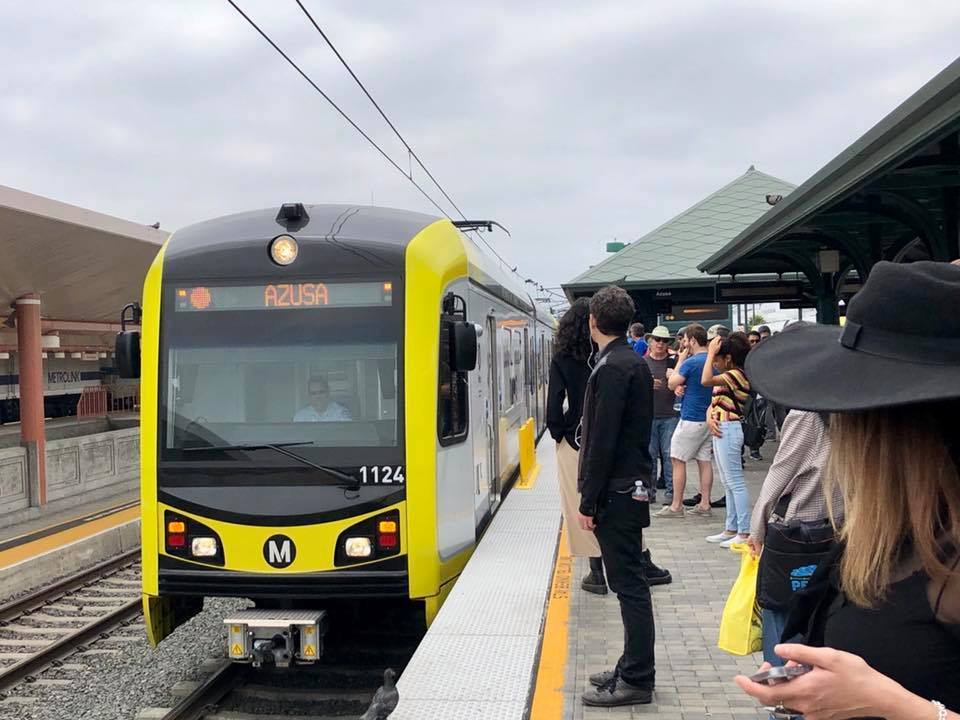 A Gold Line light-rail train (now the L Line) stops at Union Station in downtown Los Angeles. The line is being extended to Pomona, but is short of money to get to Claremont and Montclair. (File photo by Richard Guzman)

LA Metro is asking the state Legislature to fork over $16.5 billion — more than one-third of the $46 billion state budget surplus — for transportation projects that includes needed funding for extension of a light-rail line from Pomona to Montclair.

The “Golden Opportunity” ask singles out several unfinished or new rail, highway and roadway overpass projects, and specifically lists the Foothill Extension of the Metro Gold Line (now L Line), which would cost about $670 million to build from Pomona to Claremont, with the new eastern terminus at the Montclair TransCenter.

First, LA Metro CEO Stephanie Wiggins indicated her support for the extension in a recent webinar hosted by the San Gabriel Valley Public Affairs Network. Secondly, the LA Metro board put its request in writing in a letter dated Dec. 8, 2021 to key Sacramento lawmakers and Gov. Gavin Newsom.

“This is a golden opportunity and it (the letter) includes the Gold Line extension, which is critically important,” Wiggins said during the Jan. 13, 2022 webinar attended by local mayors, city council members and lawmaker representatives.

Montclair has made the light-rail line station a critical piece of its transit-oriented development projects near the TransCenter in north Montclair. The city, along with cities in Los Angeles County, as well as state senators and assembly members from both counties, have been advocating for the cross-county line for decades as a way to connect commuters and weekend travelers in the two counties with a more frequent, less expensive rail service and remove cars from the crowded 210 Freeway.