The following article appeared in the Inland Valley Daily Bulletin on August 5, 2015. 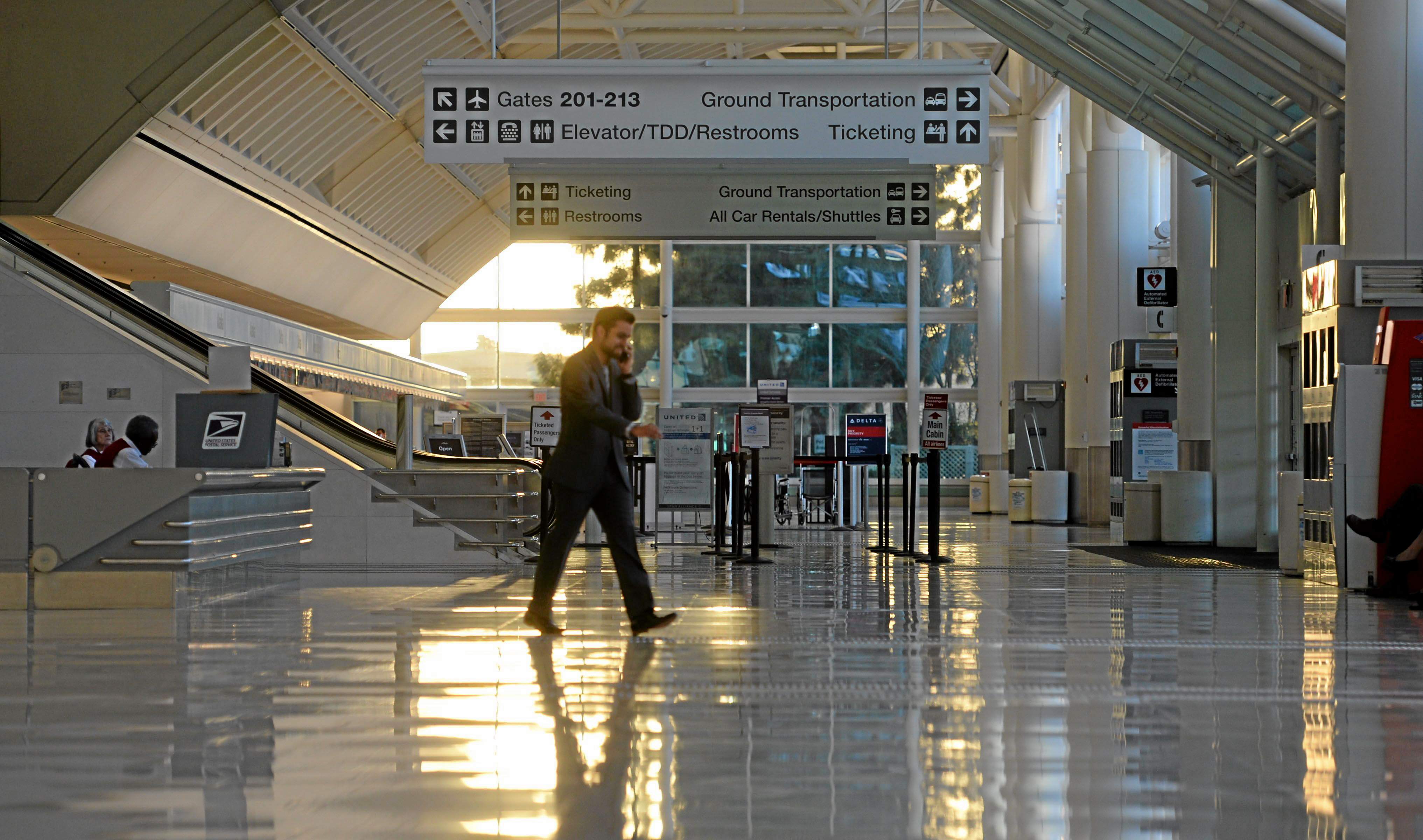 In this file photo, a man walks through an empty Terminal 2 at ONT/LA International Airport on March 25, 2015. Los Angeles will transfer ownership of ONT to an airport authority made up of representatives from San Bernardino, Riverside and Orange counties, sources said Wednesday. File/Will Lester/Staff Photographer

Los Angeles is poised to give up control of L.A./Ontario International Airport for the first time in nearly five decades, culminating a five-year legal battle between L.A. and Ontario.

Los Angeles will transfer ownership ofL.A./Ontario International Airport to an airport authority made up of representatives from San Bernardino, Riverside and Orange counties, sources said Wednesday.

Under the terms of the agreement between Los Angles and Ontario, L.A. and Los Angeles World Airports would be reimbursed for the investments that have been made at ONT, as well as retaining employees. Details were scarce but sources announced a 1 p.m. Thursday news conference for today at ONT, where Los Angeles Mayor Eric Garcetti and Ontario Councilman Alan Wapner are expected to disclose the terms of the agreement.

The agreement will need to go through a series of approvals including by both city councils, airport governing bodies for Los Angeles and Ontario as well as at the federal level. Documents laying out the terms will be drawn up within the next two months and the yearlong process is expected to begin in October.

The Board of Airport Commissioners for Los Angeles World Airports is meeting Thursday morning in closed session to discuss the litigation with Ontario.

“Together, we’ve reached a deal that will benefit everyone: Inland Empire residents, Angelenos, LAWA, the Ontario airport, and the dedicated employees who work at our airports,” Garcetti in a statement Wednesday.

Garcetti added the agreement ends years of contentious litigation over the control of the airport.

Since his election in 2012, Garcetti has been vocal about returning local control of the airport for a fair price.

Talks began under Garcetti’s predecessor but both sides failed to reach an agreement.

“We are not trying to make money out of the airport but the dollars taken out of LAX to do things at Ontario as well as the existing debt would need to be assumed by them,” Garcetti told this publication after a transportation meeting in Claremont in July 2014.

When negotiations first began in 2010, Ontario officials were alarmed by the steep decline in ONT passenger traffic, prompting efforts to wrest control of the airport from L.A. The airport lost 37 percent of its passenger traffic from 2007 to 2011.

Ontario filed a lawsuit in June 2013 against L.A. and LAWA aiming to rescind or reform the terms of the 1967 agreement that gave control of the airport to L.A.

Inland Empire officials had been seeking to regain control of ONT, blaming mismanagement by LAWA for declines in passenger traffic and flights. Earlier this year, a Riverside Superior Court judge sided with L.A.on two claims, stating Ontario waited too long to try to terminate the joint-powers agreement, as well as a 1985 agreement transferring control of the airport to Los Angeles.

The suit was also seeking damages on three claims — breach of fiduciary duty, contract, and covenant of good faith and fair dealing. A trial was set to begin on Aug. 17 for the three remaining claims.

For the past two years, the two cities had been tied up in legal proceeding pertaining to the lawsuit. In July, a Riverside Superior Court judge issued a ruling that could have allowed Ontario’s attorneys a chance to provide testimony that L.A.’s alleged mismanagement of the airport caused anywhere from $1.6 billion to $4 billion in damages to Ontario’s economy. Ontario was also claiming a $69 million loss of tax revenues, from 2007 to the present, due to the downturn in activity at the airport.

Officials in L.A. had long maintained that the reasons for the double-digit declines in ONT air passenger traffic was the economy and a restructuring of the airline industry.

Under then-L.A. Mayor Antonio Villaraigosa, the two sides failed to agree on the value of the airport. LAWA set a sale price of $474 million for ONT, nearly double the $250 million Ontario offered.

On numerous occasions since Villaraigosa’s departure, Ontario and Los Angeles appeared close to reaching a middle ground on the value of the airport. Talks ultimately stalled and the lawsuit was filed.

In 2012, Ontario officials launched a public relations effort to help “SetONTarioFree.com.” The campaign drew support from city leaders around the region.

That same year, the Ontario City Council approved a joint-powers agreement with San Bernardino County to create the Ontario International Airport Authority. Governed by a five-member commission, the focus of the authority – if Ontario gained control of the airport — would be to operate and grow the airport.

You’re Invited: Duarte/City of Hope Station Dedication on Saturday, August 15 – 10 AM
Construction Update and Picture of the Week