The following excerpt appeared in the San Gabriel Valley Tribune on February 7, 2017. To read the full commentary, click here. 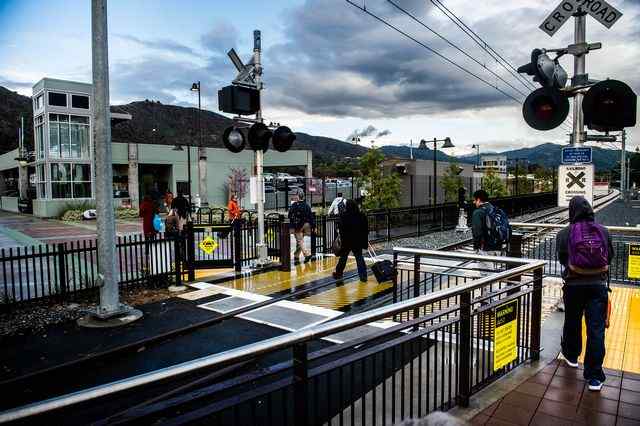 Evening commuters head to the parking structure after arriving at the APU/Citrus College Gold Line station in Azusa in this March 2016 file photo. The next phase of the Gold Line Foothill Extension will run east from Azusa to Montclair. (File photo by Watchara Phomicinda/ San Gabriel Valley Tribune)

President Donald Trump has pledged to invest up to $1 trillion in America’s infrastructure, vowing to make our roads, rails and bridges the “envy of the world.”

The returns on that investment will far exceed its price tag — by creating thousands of jobs and saving consumers billions of dollars in transportation costs.

To fulfill his promise, Trump should call on Congress to send him an infrastructure bill early in the first year of his presidency. And to keep the economy growing, he should ensure that it includes substantial funding for public transportation.

Public transportation also delivers serious savings to consumers. A person who swaps a commute by car for one by public transit can save an average of more than $800 per month — nearly $10,000 annually.