The following article appeared in the San Gabriel Valley Tribune and Pasadena Star-News on January 14, 2016. 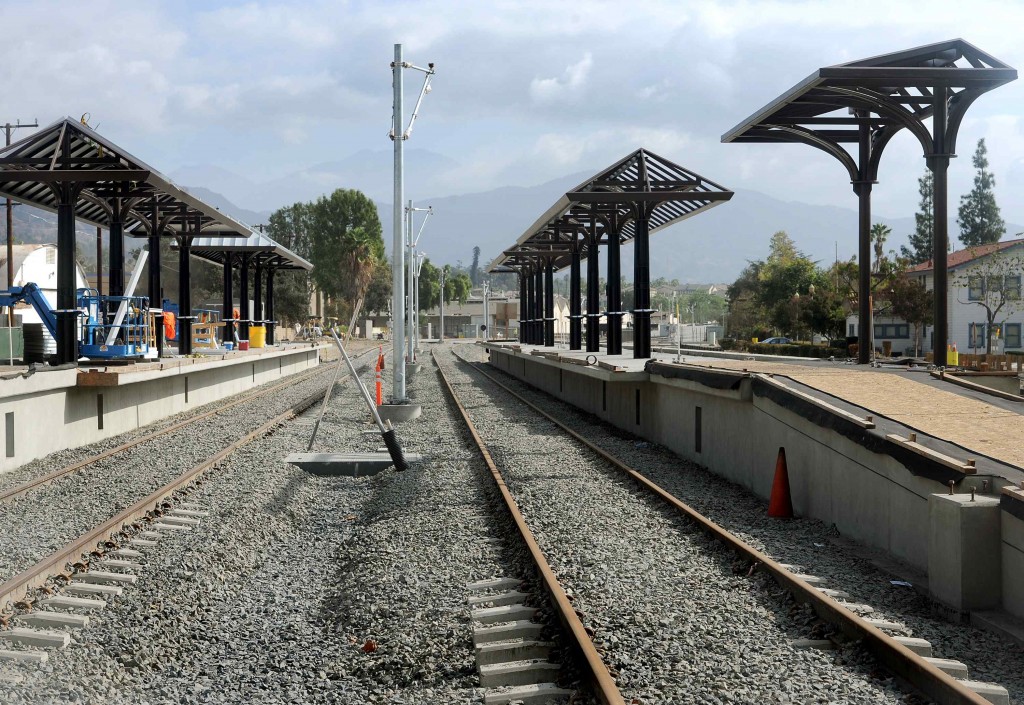 In a two-page response letter, Metro said it will further examine traffic patterns at the station and offered to provide more law enforcement protection, but basically told the city, Azusa Pacific University and Rosedale Land Partners it was staying the course.

“Metro believes it is our duty as responsible stewards of the public trust to open the Gold Line extension with all stations, as expected, on March 5, 2016,” wrote Mark Ridley-Thomas, chairman of the board of directors of the Los Angeles County Metropolitan Transportation Authority (Metro), in a letter Wednesday.

The response came only a few days after the three wrote letters to Metro asking for the opening of the sixth and furthest east station to be delayed until July in order for a better route to and from the station to be completed. Rosedale Partners, which is building a 1,250-home development around that station, is shepherding construction of Citrus Avenue to take traffic from Foothill Boulevard.

The three wrote in their letters that without the completion of Citrus Avenue, traffic will overwhelm smaller streets in the Rosedale development and that students at APU and Citrus College may walk through the construction zone.

Metro’s Ridley-Thomas said the agency is familiar with running trains even when some streets are under construction. Until the completion of Citrus Avenue, Metro Gold Line commuters will take Palm Drive north from Foothill Boulevard and then go east on Promenade to Citrus Avenue and then south to the new parking structure at the station.