The following article appeared in The Source on March 12, 2015. 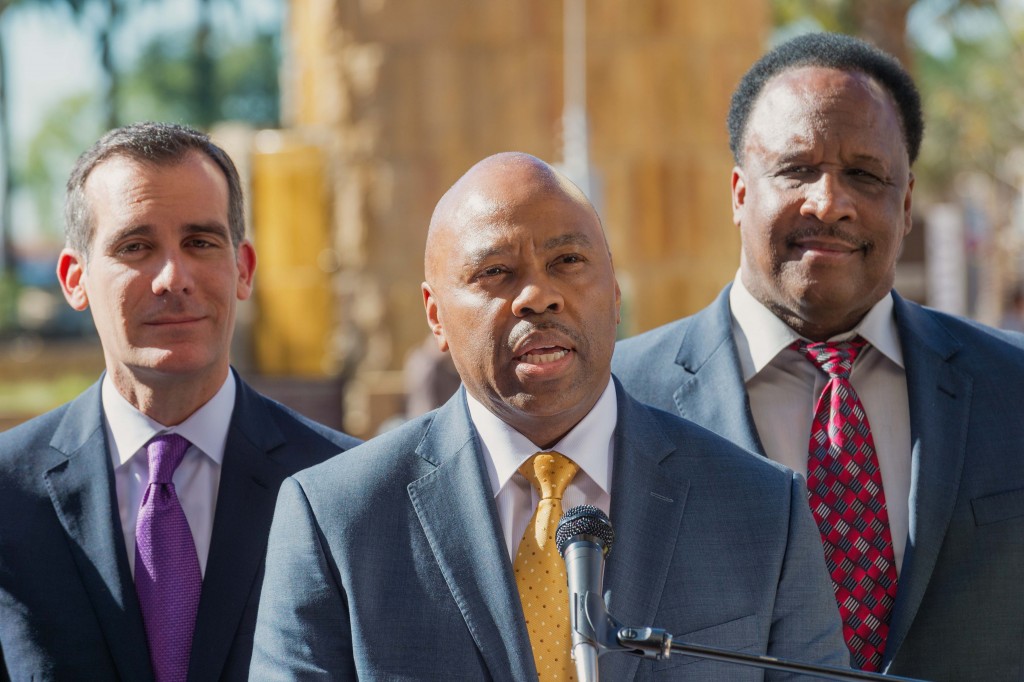 Here is the news release from the office of Los Angeles Mayor Eric Garcetti, who is also the Chair of the Metro Board of Directors:

LOS ANGELES – L.A. Mayor and Metro Chair Eric Garcetti today announced that the Metro Board has appointed Phillip Washington as the next CEO of Metro.

“I join with my colleagues on the Metro Board in welcoming Phillip Washington to Los Angeles. His experience in Denver delivering on projects is needed as we continue to expand the Metro system and carryout the will of the voters by implementing Measure R. Phillip Washington has earned a reputation as a creative manager and leader who has come up with innovative ways to get projects done,” said LA County Supervisor and Metro Vice Chair Mark Ridley-Thomas.

“With Phil Washington, we will continue to build a system that effectively moves people and goods across Los Angeles County,” said Duarte Councilmember and John Fasana.

“I am excited to help Mayor Garcetti and the Metro Board deliver the best possible transit experience and infrastructure for the L.A. area,” Washington said.

Washington comes to Metro from Denver’s Regional Transportation District (RTD) where he was unanimously selected as RTD’s CEO in December 2009 after serving as interim CEO for 6 months and the Assistant General Manager for nearly ten years.

In Denver, Washington was implementing the FasTracks program, one of the largest voter-approved transit expansion programs in the country.He was responsible for a total agency budget appropriation of $2.8 billion and managed more than $5 billion in active transit expansion projects. Under his management, RTD’s West Line Rail was completed eight months earlier and under budget and the award-winning Denver Union Station was completed 5 months ahead of schedule.

In 2012, Washington’s emphasis on safety training led to a 40 percent decrease in preventable bus accidents and he has achieved an on time bus and rail rate of 90 percent and a 96 percent ADA on time performance.

Originally from the south side of Chicago, Washington is a 24-year veteran of the United States Army where he held the rank of Command Sergeant Major, the highest non-commissioned officer rank an enlisted person can achieve. Washington holds a B.A. in Business Administration from Columbia College and a M.A. in Management from Webster University.

Metro is a multimodal transportation agency that is really three companies in one: a major operator that transports about 1.4 million boarding passengers on an average weekday on a fleet of 2,000 clean air buses and six rail lines; a major construction agency that oversees many bus, rail, highway and other mobility related building projects, and; the lead transportation planning and programming agency for Los Angeles County.  Overseeing one of the largest public works programs in America, Metro is, literally, changing the urban landscape of the Los Angeles region. Dozens of transit, highway and other mobility projects largely funded by Measure R are under construction or in the planning stages. These include five new rail lines, the I-5 widening and other major projects.

Metro’s current budget is $5.5 billion and average weekday ridership is about 1.4 million boardings.