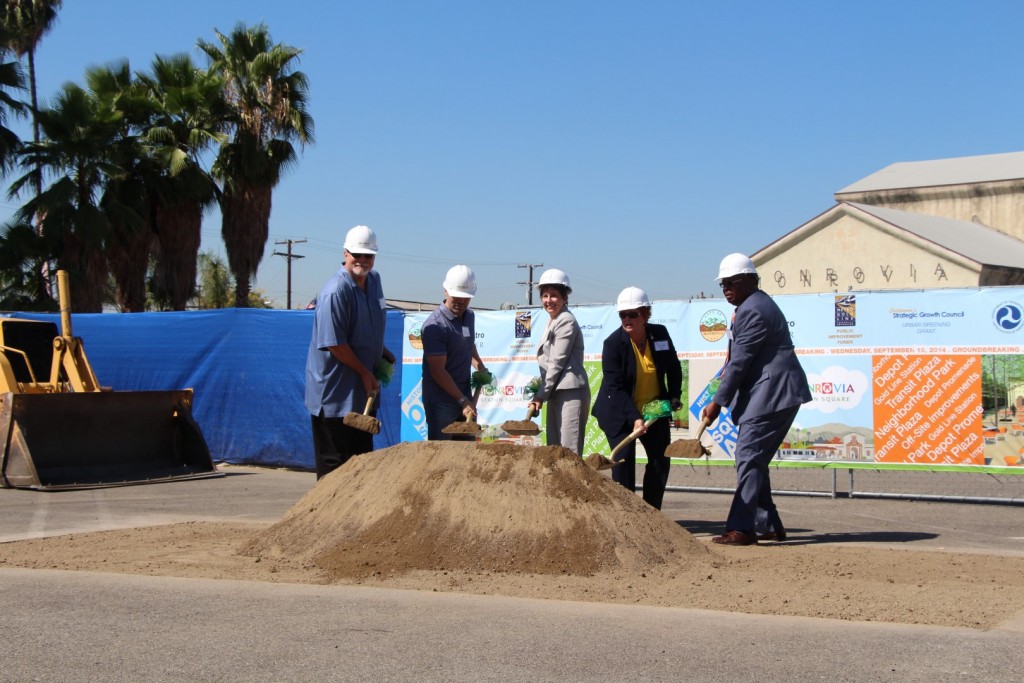 With the Foothill Gold Line on schedule to be completed in just over a year, and passenger service projected to begin in early 2016, the City of Monrovia took a big step in preparing for its arrival with the groundbreaking of the Station Square Transit Village project yesterday. City and regional officials, members of the public and the media, and the Foothill Gold Line were present to witness the beginning of the largest public works project in Monrovia’s history.

“We have fought, we have cried, we have begged to get our [Gold Line] light rail through the Foothill cities,” said Monrovia Mayor Mary Ann Lutz in her opening remarks. “Along with the opening of the Foothill Extension in 2016, the completion of Station Square Transit Village will reinvent our area of Monrovia around our historic [Santa Fe] depot.” 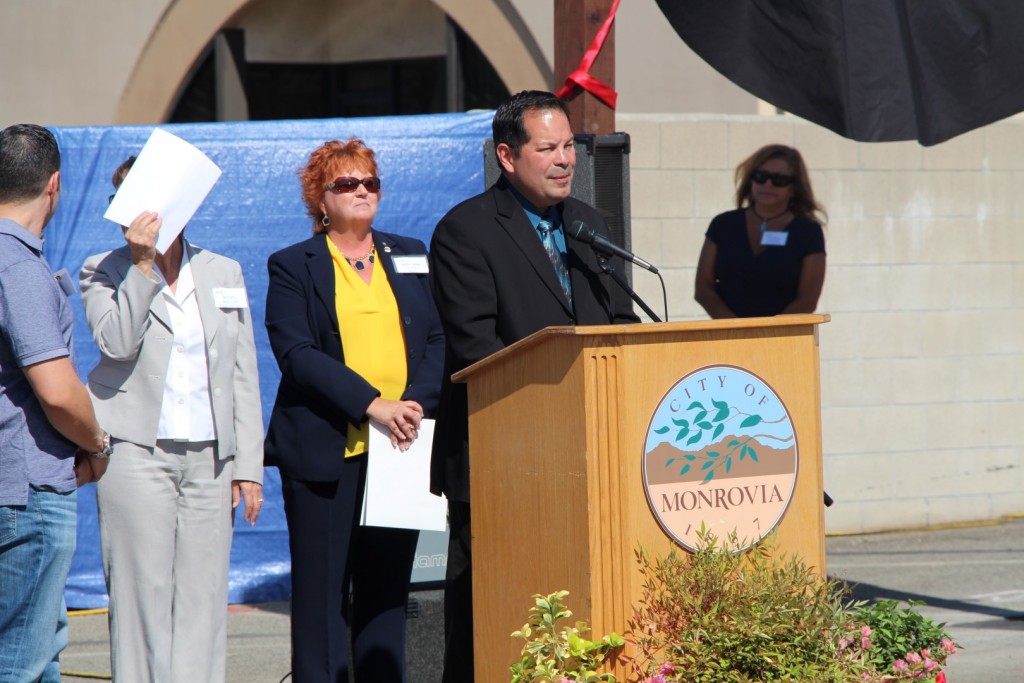 Shown above, Construction Authority Board Vice Chairman and Claremont City Councilmember Sam Pedroza spoke to the crowd and reminded everyone of the benefits the Gold Line has brought to the cities of Pasadena and South Pasadena since it began operating through those cities 11 years ago. He also praised the City of Monrovia for leading the way for the current construction segment in realizing the potential of the Gold Line and planning for significant growth around the future station. 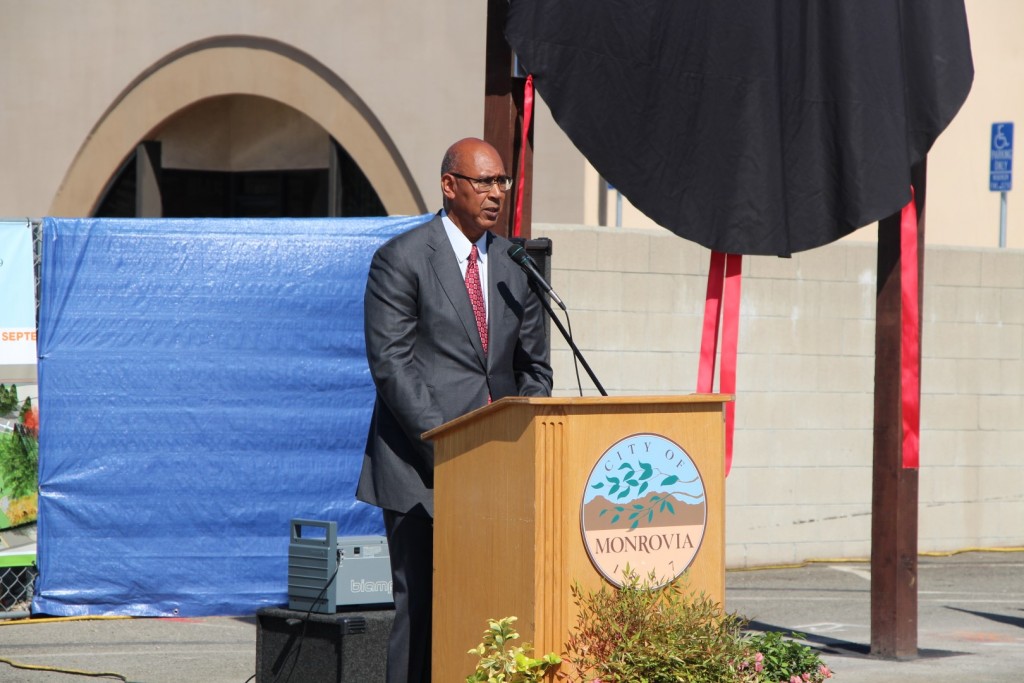 As for the Azusa to Montclair segment, which is currently undergoing advanced conceptual engineering and seeking construction funding, Assemblymember Chris Holden reiterated that the Foothill Gold Line was a vital link to the entire region, and that he would continue working on its behalf until it is brought all the way to Montclair.

Here are links to a few articles that ran about yesterday’s groundbreaking: