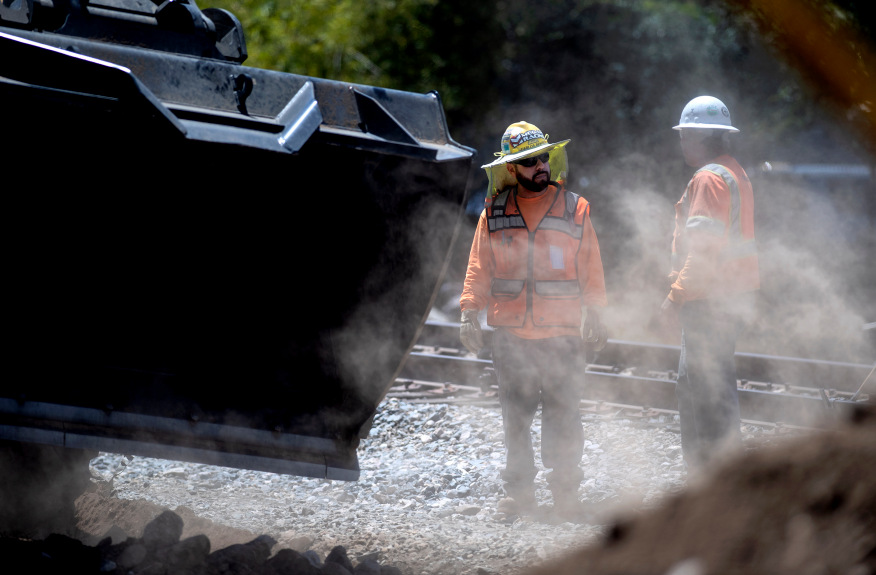 A new study on expanding passenger train lines into the east San Gabriel Valley and the Inland Empire says two is better than one.

When the L Line, formerly known as the Gold Line, is built out to Pomona by 2025, it will mark the first time the light-rail train will overlap with Metrolink’s Los Angeles-to-San Bernardino commuter line, not counting Union Station in downtown L.A. If extra money is found to fund the L Line’s extension to Claremont and Montclair, however, that would make three “transfer stations” for passengers to change between the electric trolley line and Metrolink’s locomotive-driven commuter rail.

• Ridership on the L Line system in 2028 is expected to increase by 20,000 additional weekday boardings between Union Station and Pomona. The Pomona Station alone will see 6,600 boardings.

• At Montclair, the line could see an addition of 28,100 daily boardings, as passengers board new lines and new connections in Los Angeles County. Also, many commuters from the growing Inland Empire are expected to hop on the L Line to get to work in L.A. County without driving the congested 10 and 210 freeways.

• With the L Line at the Montclair TransCenter, the Metrolink service would not lose passengers, but gain them. The study says it would go from about 400 boardings to more than 1,200 boardings in 2028.