The following excerpt appeared in Streetsblog LA on July 17, 2020. To read the full article, click here. 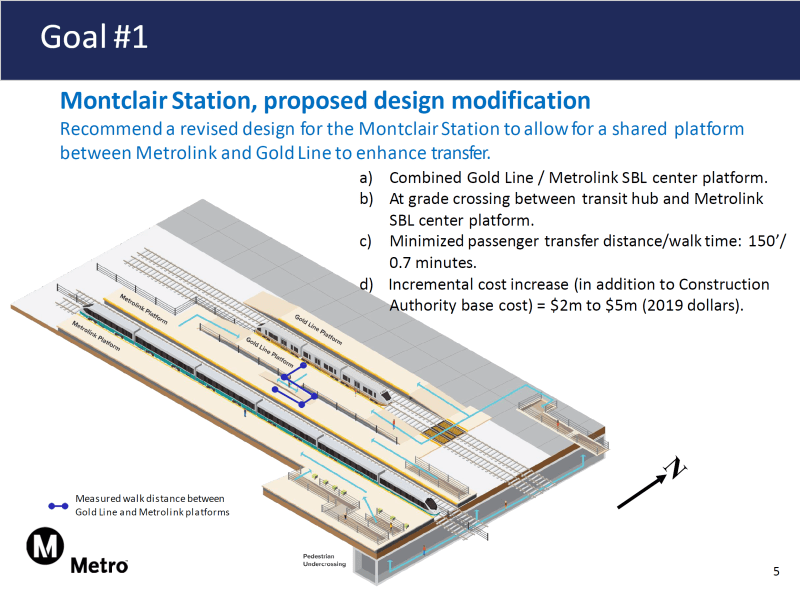 The Metro Regional Rail Task Force is finalizing a report detailing a rosy picture for both Metro and Metrolink ridership upon the completion of the future Gold Line extension to Montclair.

In January 2018, the Metro board of directors directed staff to create a staff-level task force to look at ways the Metrolink San Bernardino Line and future Gold Line extension could coexist. The study was initiated after concerns were raised that riders would abandon Metrolink in favor of the Gold Line, which would affect Metrolink ridership, farebox revenue, and agency subsidies.