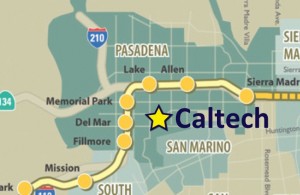 The following story originally appeared on the LA Observed website on October 3, 2013.

Britain’s Times Higher Education magazine has put Caltech in Pasadena at the very top of its list of the best universities in the world for the third year in a row. Harvard tied Oxford for the number two spot. Then comes Stanford, MIT and Princeton. UC Berkeley is listed number eight, UCLA number 12 and USC number 70. They cut the rankings a bunch of different ways.