The following excerpt appeared in the Inland Valley Daily Bulletin on March 7, 2020. To read the full article (may require subscription), click here. 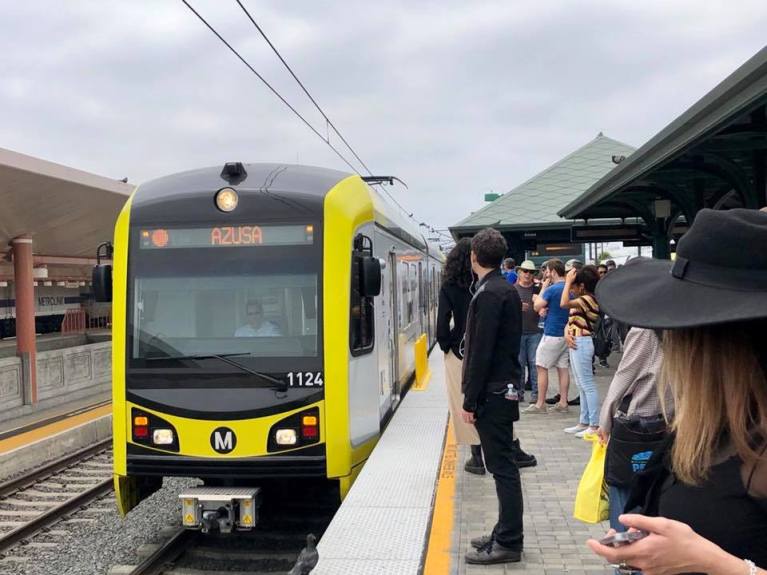 Two Los Angeles County legislators are pressuring San Bernardino County to extend the Gold Line light-rail from the San Gabriel Valley into Ontario International Airport, making their arguments in an unprecedented appearance before the county’s transportation agency earlier this week.

Portantino’s bill, SB 1390, introduced on Feb. 21, goes further than the bill Holden introduced in January. The newer bill would transfer taxpayer funds and SBCTA-owned land within the proposed rail right-of-way to a state-created independent construction authority.

Pushback was swift. The SBCTA board opposed both bills and passed a motion reasserting itself as the sole authority to plan, design and build new mass transit projects in San Bernardino County. For the past several months, SBCTA has proposed alternatives to the Gold Line, now renamed the “L” Line, including an enhanced service on Metrolink heavy-rail tracks from the Rancho Cucamonga Station taking passengers on smaller, German-made, zero-emission locomotives. This possible change in direction has set off a firestorm of disagreement over a rail project decades away.

The fierce battle between the two counties and now, legislators in Sacramento, is more than a turf squabble. It places the building of a rail line to serve Ontario airport in question and also, may jeopardize extension of LA Metro’s Gold Line to Claremont and Montclair, lawmakers say. Airport officials, along with those from Ontario and Montclair, say the airport needs a direct rail line into the terminals if it is to grow and reach its potential of flying 35 million passengers a year by 2045.