The following excerpt appeared in the Los Angeles Times on November 2, 2021. To read the full article (may require subscription), click here.

Who killed L.A.’s streetcars? We all did – Los Angeles Times 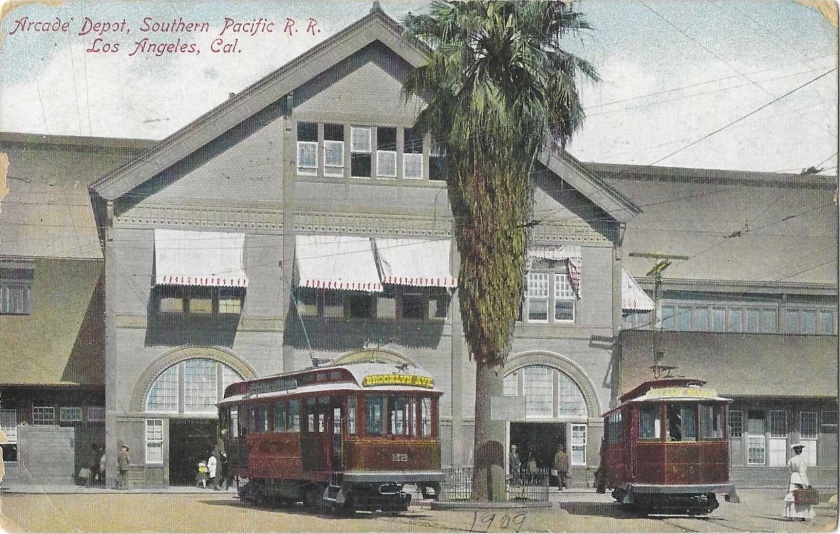 Red Cars didn’t just get people from Point A to Point B. They helped to create Point A and Point B. Towns like Burbank and Alhambra grew spectacularly once the Red Car reached them. When the word spread that Huntington was buying land and a small trolley line in Redondo Beach, the land speculation was nuts; one building that sold for $4,000 in the morning resold for $20,000 that night. Other sellers of land wised up and made sure their advertising told prospective buyers how to get there by Red Car; so did merchants and amusements. The system made even the farthest towns and neighborhoods feel connected.

In its glory years, it ran from the San Fernando Valley to Long Beach and the amusements of Balboa Island in Orange County, from Santa Monica to Riverside and San Bernardino counties. When Charles Lindbergh visited in 1927, Pacific Electric laid on extra cars so people could come from as far off as Riverside to see him.

It was a small-D democratic ride: businessmen and workingmen, ladies who lunch and the ladies who prepared breakfast, lunch and dinner for others. They rode it to work. They rode it to weekend larks around town, to the beach, the foothills. As a harbinger of things to come, starting around World War I, ads in The Times for restaurants or department stores or amusements included both the name of the Red Car line and the automobile directions to get there. Tourists paid a dollar to take the “balloon route,” a leisurely, circular tour through Southern California beauty spots, which by the sheerest coincidence also had buildable lots for sale.

FREE RIDES ON WEDNESDAY for #CleanAirDayCA. Wouldn't it be great if skies were this clear every day? Help reduce smog by taking Metro for a spin instead of driving, if you can.

Ride Metro FOR FREE on #CleanAirDayCA on Wednesday, Oct. 5, and help reduce smog and frequent wheezing.

Crews have completed the walls for the future San Dimas station platform, and will soon begin constructing the deck. #TheJourneyContinues 🛤️

Building a light-rail line such as extension of the Gold Line to the end of LA County is rough. They cannot get to Claremont and Montclair. Now, San Dimas, where a station is almost built, filed a lawsuit. https://www.dailynews.com/2022/09/28/san-dimas-lawsuit-over-light-rail-parking-project-may-mean-the-train-skips-that-station/ via @ladailynews

“We went through a lengthy and expensive process to do as they (city of San Dimas) asked – including extensive environmental review. Now they have brought a lawsuit.”
-Foothill Gold Line CEO Habib F. Balian