The following excerpt appeared in the Pasadena Star-News on November 3, 2016. To read the full commentary, click here.

Why Measure M’s transit tax has to be permanent: Guest commentary – Pasadena Star-News 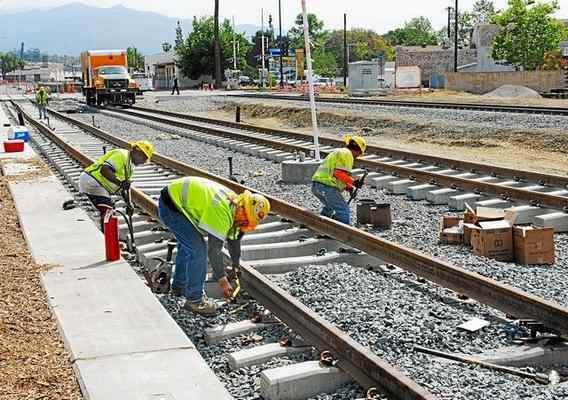 A 2014 file photo shows construction in Azusa on the Gold Line Extension, an example of Metro transit projects that bring both transportation benefits and jobs to the area. (Photo by Walt Mancini/Pasadena Star-News)

In studying the newspaper’s Oct. 25 editorial recommending a “no” vote on Los Angeles County’s Measure M, which would raise the sales tax by one-half cent, I felt that the editorial board is in support of most of the substance and economic impacts of the measure.

I can appreciate your concern about a tax without a sunset date. But I want to point out that this well-crafted plan, bolstered by input from local communities, received an unprecedented level of participation from local regional bodies and the public alike. In the San Gabriel Valley, which I represent in the California Assembly, the Council of Governments has endorsed Measure M.

The crux of the argument for a permanent sales tax is that funding for the state’s transportation system has not kept pace with the overwhelming demand as explained by the California Transportation Commission.

The CTC notes that California ranks 45th for overall highway performance; 58 percent of our roadways and 28 percent of bridges in the state are in need of repair. The longer we fail to invest in our transportation infrastructure, the more the damage and cost to repair will increase.