The following article appeared in The Source on January 21, 2015. 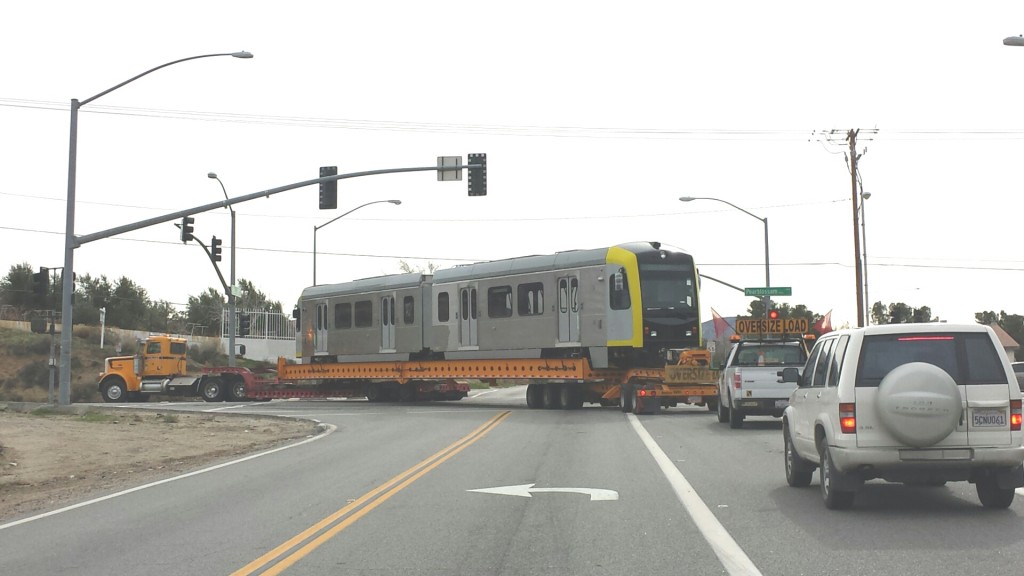 A new Kinkisharyo light rail car being transported from Palmdale to the Metro Green Line for testing. Photo: Metro

Sharp-eyed train spotters along the Metro Green Line might see the second of the new Kinkisharyo light rail vehicles undergoing testing this week. The train car pictured was transported last night from the assembly facility in Palmdale. The Kinkisharyo P3010 is the new generation car being assembled in Palmdale and will see service on the Metro Expo and Gold Line.

The first Kinkisharyo 3010 pilot car went into testing on October 17, 2014 along the Metro Green Line. Many months of testing will be conducted before delivery of 175 new rail cars (78 in the initial order and another 97 from exercising two options).

Purchase of the light rail vehicles and expansion of the Gold and Expo lines are largely funded by Measure R, a half-cent sales tax increase approved by two million Los Angeles County voters in 2008, with additional funding from state and other sources.