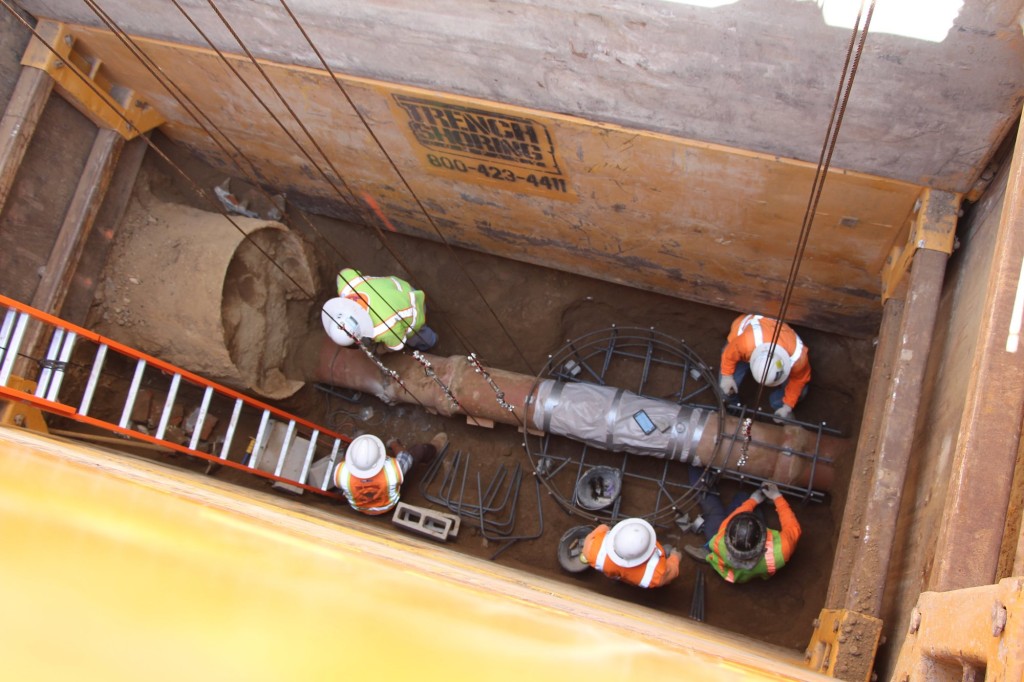 Michael Cacciotti, a governing board member with the South Coast Air Quality Management District and a councilman in South Pasadena who rides the Gold Line daily, says air quality’s tremendous improvement from the early 1980s is due to California’s stricter tailpipe controls, which Trump wants to take away.

Cacciotti said of the Gold Line, which started taking passengers to and from Los Angeles and Pasadena in 2003:

“That’s 55,000 people a day and it is taking those people’s cars off the highways, removing hydrocarbons and nitrogen oxides, and that doesn’t include diesel particulates. There are significant amounts of emissions taken out of the air.”

The Azusa/Glendora to Montclair extension could reduce 146,700 car miles a day starting in 2027 when it opens, and reduce greenhouse gas emissions by more than 3 million metric tons of carbon dioxide over the life of the project, according to estimates from Metro.