The following excerpt appeared in the Inland Valley Daily Bulletin on July 21, 2016. Click here to read the full column.

Azusa to Santa Monica by rail: It can be done (not quickly, but cheaply) – Inland Valley Daily Bulletin 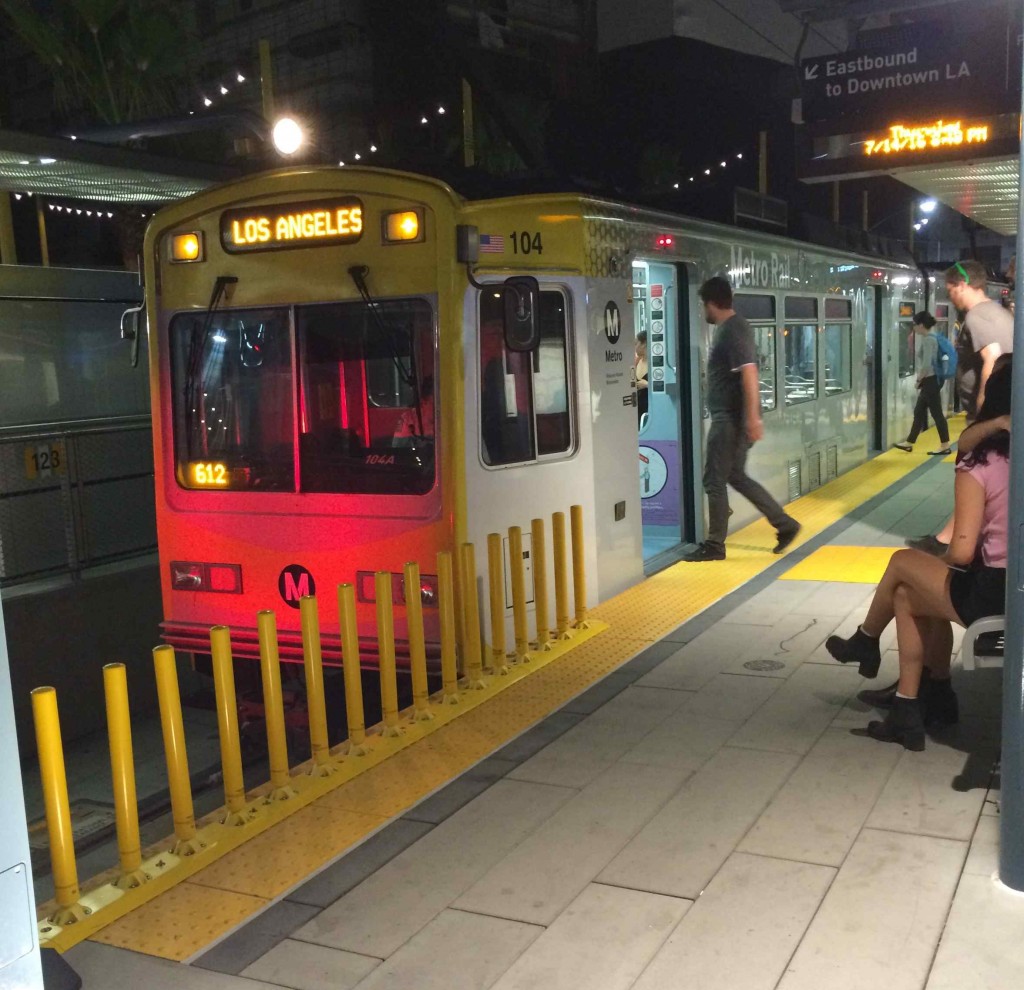 Passengers board the Expo Line in Santa Monica to head back to L.A. July 14. Our columnist rode from Azusa to Santa Monica and back, a journey only possible due to two recent light rail extensions. (Photo by David Allen)

This spring, two light-rail lines in Los Angeles County were extended: the Expo Line, which ended in Culver City, now continues west to Santa Monica, and the Gold Line, which had terminated in Pasadena, comes east to Azusa.

The twin lines don’t connect directly, but for the first time in more than a half-century, it became possible to take trains from the inland to the ocean.

I hadn’t done so yet, just a couple of rides on the new Gold Line, but my chance came last week when a friend proposed meeting for dinner in Santa Monica on a weeknight.

I could have driven, but the trains would let me beat rush-hour traffic while giving both lines a workout as I rode them from stem to stern, from the suburbs to the sea.