The following article appeared in Streetsblog LA on July 15, 2016. 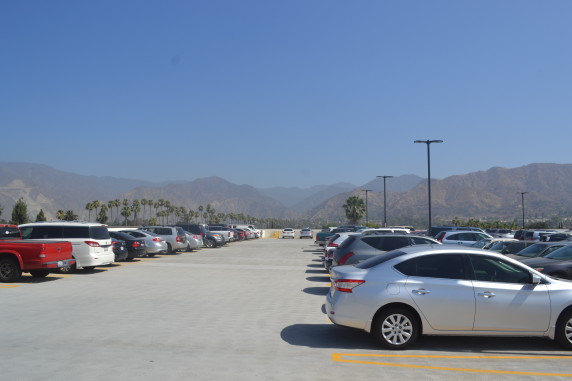 A view from atop the Azusa Intermodal Transit Center on Wednesday morning at 9:30 a.m. this week. Free Metro spots and Foothill Non-Paid Permit spots were all occupied at this time. Photos by Doug Lewis/Streetsblog L.A.

As per recent city council approval, the city of Azusa will lease 145 parking spaces at the Azusa Intermodal Transit Center to Metro for at least one year to alleviate an overflow of parking demand at the Downtown Azusa Gold Line station stop.

In return, Metro is expected to reimburse the city for 100 percent of its operation and maintenance of the 145 spots, an estimated yearly fee of $31,000. Both parties have the option to extend the agreement a second year, with an additional $32,000 in operations and maintenance fees paid by Metro to the city of Azusa.

Metro also plans to include the leased spaces in the existing parking permit program, with twenty percent of the permits allocated to city of Azusa residents. Originally city staff negotiated for city residents to receive free Metro permits, but that agreement was later rejected due to legal concerns.

The parking lease agreement arrives after the City of Azusa enacted parking restrictions in surrounding neighborhoods and downtown streets because of an overflow of Gold Line riders. City officials hope the new three-hour parking limits will confine Metro parking to the Azusa station garage and incentivize riders arriving by car to instead use the nearby Irwindale and Duarte lots. In a phone interview, Azusa Director of Public Works Daniel Bobadilla noted that though no official analysis on the recent parking measures has been conducted, staff have noticed fewer vehicles on streets and residential neighborhoods in downtown Azusa.

he Downtown Azusa Station parking structure, formally known as the Azusa Intermodal Transit Center, was built by three agencies: the city of Azusa, Foothill Transit, and Los Angeles Metro. The parking space allocation reflects the shared costs of construction. Of 545 total parking spaces, Metro and Foothill each own 200 spots and Azusa 145.

Metro and Foothill Transit have both implemented permit requirements.

All of Foothill Transit’s 200 spaces require parking permits from 4 to 10 a.m. Permits are available free online.

This week, on Wednesday at 9:30 a.m., every visible Foothill Transit spot was occupied, as was every free Metro spot. However, a moderate portion (SBLA counted approximately 24) of Metro’s paid permit spots remained open. A significant number of Azusa city-owned spaces were also open, though with a lack of Metro signage it appeared Metro had not yet implemented the recently-approved lease changes. 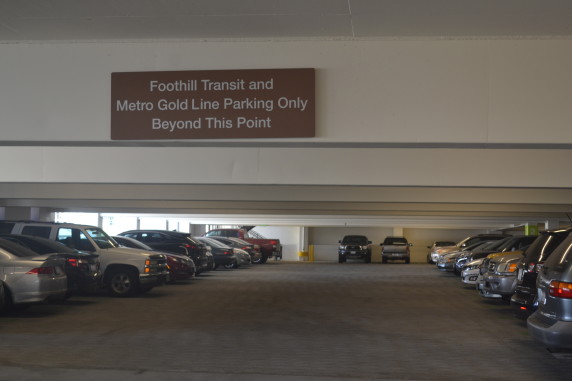 Permit parking restrictions were introduced over the past several months by both Foothill Transit and Metro after an unanticipated surge of parking demand.

At the moment we have no need for the spaces. Perhaps in two years, we will need those spots for downtown parking purposes and to accommodate the mixed-use development that is proposed adjacent to the parking structure. Ultimately, Metro will need to find a permanent solution, such as a remote parking lot served by a shuttle connected to the Gold Line. We’ve identified one city lot that could possibly yield approximately 60 to 70 spaces and talked to a private property owner that owns a shopping center about utilizing approximately 100 excess parking spaces. 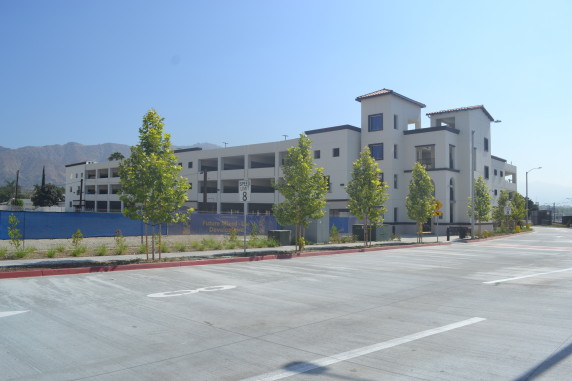 Butzlaff also indicated that in order to use these remote parking lots, he expects that Metro would have to provide a fixed shuttle service.

While the city is willing to work with Metro on the property, we’re not in the position to provide a fixed-route shuttle service, nor is the private property owner.