The following excerpt appeared in the Los Angeles Times on April 26, 2018. To read the full article, click here.

NOTE: The Transit and Intercity Rail Capital Program (TIRCP) that will provide the grant award for the Foothill Gold Line is funded through Senate Bill 1 (SB 1) and from the proceeds of the Cap and Trade program. 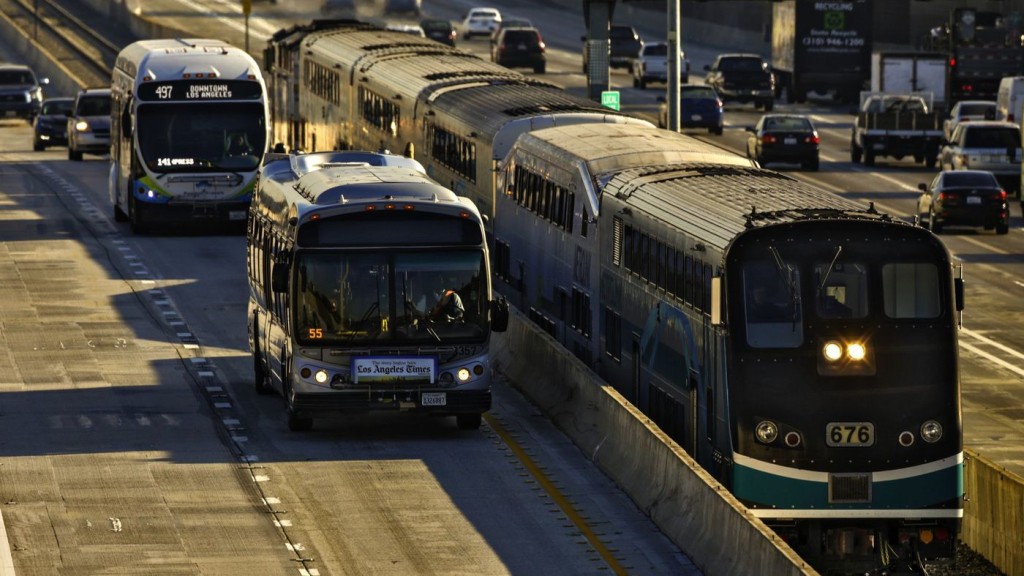 The funding includes $36 million of the $102 million cost to the city of Los Angeles for 112 zero-emission buses to replace existing propane-powered vehicles and expand the DASH bus fleet so it will run more often and in more areas.

Los Angeles’ successful bid to host the 2028 Summer Olympics had already touched off a series of projects to improve mass transit in the area.

More than $1 billion in state grants will be matched with local tax revenue to fund the $5.7-billion plan to extend the Gold Line to Montclair, Green Line to Torrance, and the Orange/Red Line between North Hollywood and Pasadena, among other rail projects.

Another $874 million will go toward the $2-billion project to provide run-through tracks at Union Station as well as other improvements. The money will improve the frequency and performance of Metrolink services to Moorpark, Santa Clarita, San Bernardino, Riverside, and Orange County.