The following excerpt appeared in the San Gabriel Valley Tribune on February 12, 2018. To read the full article, click here. 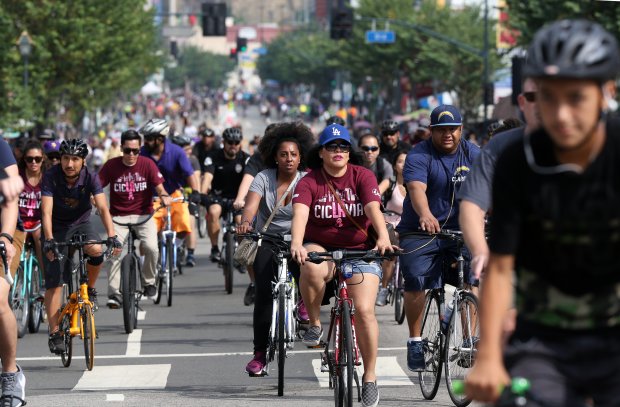 Angel Cruz from San Franando Valley rides his bike named Timmy along the streets of downtown Los Angeles on Sunday, Oct. 18, 2015. It’s a car free day in parts of LA and some six miles of streets in and around downtown Los Angeles are closed to motor vehicles as the city’s fifth anniversary celebration of the CicLAvia festival opens the lanes to cyclists. (AP Photo/Richard Vogel)

The automobile acts like a blindfold, keeping us from seeing our towns, our neighbors, oursel