For questions about taking the Gold Line to the Women’s March and for live service updates on Saturday, please follow Metro Los Angeles on Twitter @metrolosangeles or call (323) GO-METRO.

The following article appeared on Metro’s The Source on January 16, 2018. 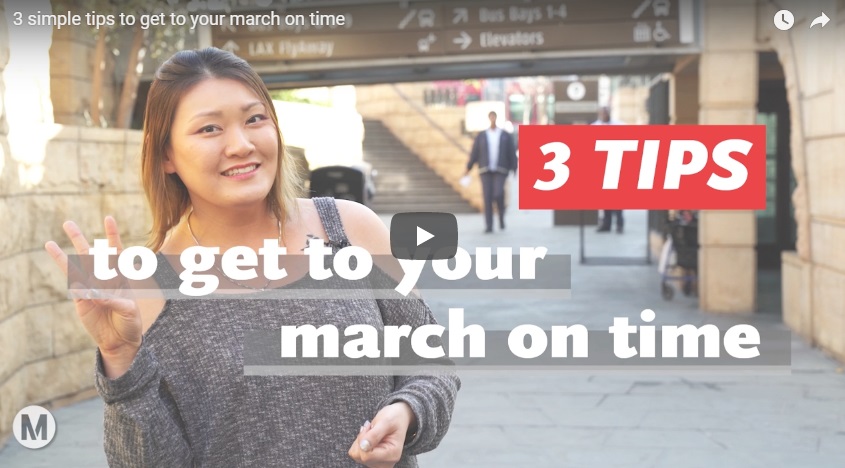 Last year we saw a MAJOR turnout for the Women’s March with a crowd of nearly 750,000 attendees walking the streets of downtown Los Angeles. The Metro system also had its largest day ever.

We are expecting another large turnout for this year’s march on Saturday. Metro Rail will run enhanced service on all lines from 6 a.m. to 7 p.m. with longer trains on the Expo, Blue, Gold, Purple and Red Lines in anticipation of large crowds. Maps of our system are at the bottom of the post. Metro Rail will be running the following service:

The starting point for the march is outside the Red/Purple Lines’ Pershing Square Station.

If you were one of those attendees last year, you may recall the extremely long lines at TAP vending machines. You can bypass that by buying and loading your TAP card ahead of time.

Buy TAP cards and load fares online at taptogo.net or at any Metro Rail or Orange Line station; here’s a system map. Roundtrip fare is $3.50 in stored value and a Day Pass is $7. Please note: each person must have their own TAP card. Two children under age 5 may travel free with each fare-paying adult.

•DTLA is served by five Metro Rail lines: the Red/Purple Line subway, the Blue Line, Expo Line and Gold Line. If you’re planning to park and ride, here are your options.

•As the march takes place, DTLA buses will be in service but will be on detour due to street closures. If you are traveling by bus, Metro lines 2, 4, 10, 18, 28, 55, 62, 81, 83, 90 and 94 will bring you as close as possible to the march’s starting point. We will provide live updates on service detours and park and ride availability on Twitter at @metroLAalerts and @metrolosangeles.

•If you’re coming in from further away, Metrolink may be an option. Metrolink will be running additional train service to Union Station in DTLA on the Antelope Valley, San Bernardino and Ventura County lines. From there, you can use your TAP-enabled Metrolink ticket to transfer for free to the Red/Purple Line to reach your destination. Please check Metrolink’s website for details on schedules.

•To keep passenger flow moving at Pershing Square Station: the 5th/Hill portal will be ENTER ONLY during the march. The 4th/Hill portals will be EXIT ONLY. ADA customers/strollers may use the elevator at 5th/Hill in both directions.

•Please use the entire platform when boarding Metro Rail!

•The city of West Hollywood is running free shuttles to the Red Line’s Hollywood/Highland Station from 7 a.m. to 4 p.m. — see the map below for routes and stops.

For everyone’s safety, Metro staff will be monitoring crowd levels at rail stations and adjusting service as needed. And, as always, please be careful around buses, train platforms and train crossings. If walking through rail crossings, obey all signals and safely cross the tracks.