The following photo gallery was originally posted on the Pasadena Star-News website on January 7, 2013.

FTC (Foothill Transit Constructors) crews demolish the existing abutments, as well as the backfill soil, at the Colorado Boulevard bridge in Arcadia, one of 23 structures and bridges along the 11.5 mile Foothill Extension from Pasadena to Azusa, Monday, January 7, 2013. Colorado Boulevard, between San Antonio Road and Santa Anita Avenue in Arcadia closed Monday to thru-traffic, 24 hours a day for the next four-and-a-half months to allow for construction of the new Gold Line railroad bridge over Colorado Boulevard. 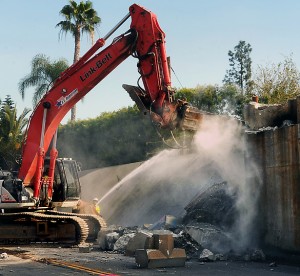 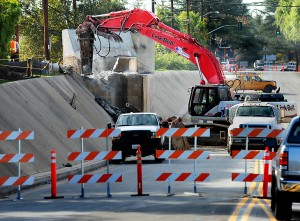