You are invited to review and comment on the Draft Supplemental Environmental Impact Report (SEIR) and to attend the Public Hearing hosted by the Construction Authority. The purpose of the Draft SEIR and Public Meeting are to evaluate through analysis, documentation, and discussion the changes proposed to the phasing and design of the 12.3-mile, six-station Metro Gold Line Foothill Extension Phase 2B Project (Project) – also known as the Foothill Gold Line from Glendora to Montclair – and to solicit public feedback on the Draft SEIR.

The Project includes a 12.3-mile extension of the Metro Gold Line light rail line from APU/Citrus College Station in Azusa to Montclair, and the Construction Authority proposes to modify the existing approved Project (2013 FEIR as addended). Proposed Project Modifications include construction and operation of the Project in four construction phases (see map below), rather than two phases; relocating the future parking facility at the Pomona Station from the north side of the station to the south side; and implementing a new mitigation measure that would widen White Avenue near the La Verne Station (from 1st Street to 6th Street in La Verne).

The Draft SEIR has concluded that one new significant unmitigable traffic impact will occur as a result of the proposed changes to the project, at the intersection of Glendora Avenue/Route 66. All other impacts have been mitigated to less than significant levels. 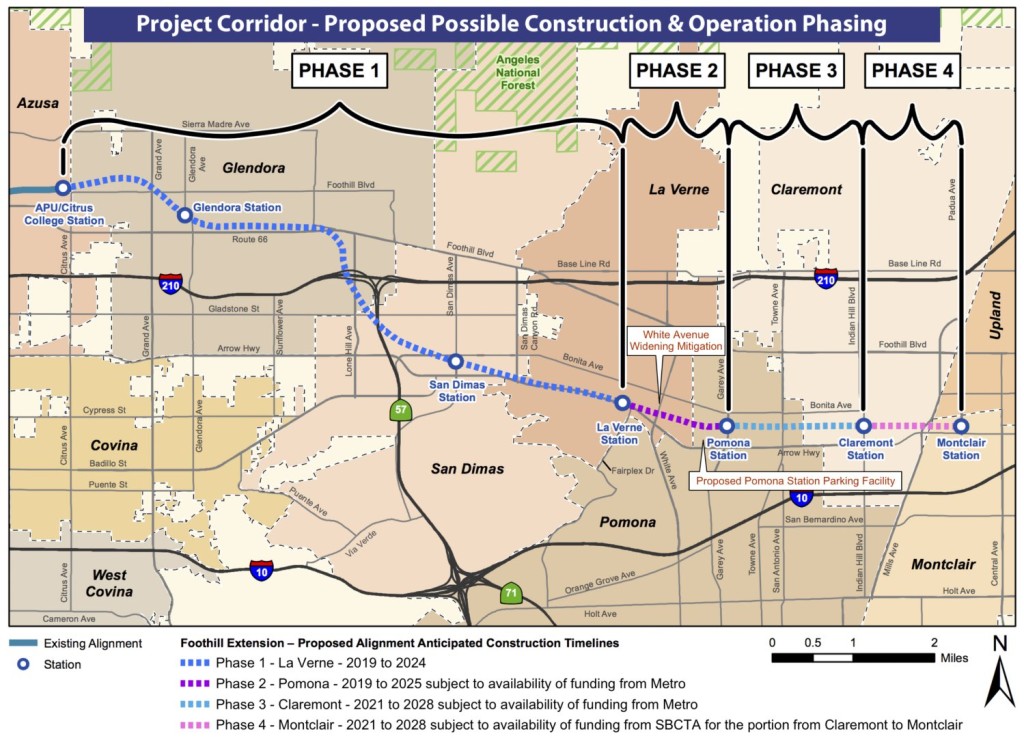 Comments on the Draft SEIR may be provided during the scheduled Public Meeting/Hearing on comment sheets and/or verbally. Comments can also be sent via U.S. mail or email by the close of the comment period. All submitted comments concerning the Draft SEIR must be received no later than May 6, 2019 and should be directed to the following Construction Authority representative: