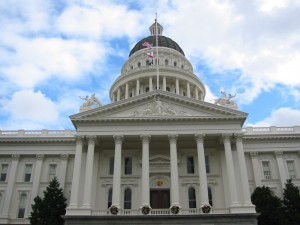 Today, on its last day before adjourning for the year, the CA State Assembly passed AB 706 – a bill that looks to strengthen the Construction Authority’s enabling legislation and clarify that local elected and appointed officials can also sit on the Board of Directors for the Authority. Below is the Editorial that ran in today’s San Gabriel Valley Tribune and Pasadena Star News:

ATTORNEYS will come up with extremely novel approaches to the application of the law to serve the interests of their clients – if not necessarily serving what’s right – and, well, that’s why they pay them the big bucks.

As we believe that under our system even the most heinous criminals deserve adequate legal representation, we won’t argue against lawyerly creativity as such.

But when a clever maneuver is clearly against the public interest, and when that interest is the transit needs of hundreds of thousands of citizens in eastern Los Angeles County, our own crowded and polluted backyard – well, forgive us for noting how galling we find legal shenanigans sometimes.

The current case in point is aimed directly at the most important transporation issue currently facing our region – the extension of the Gold Line light rail from east Pasadena to Azusa/Glendora, and from there eventually on to Claremont, Upland and the Ontario Airport.

The project has already faced enough uphill climbs as it has endeavoured to lay track. Through excellent leadership both on the Metro Gold Line Construction Authority staff and the mostly elected local leaders who make up its board, and thanks to the sales-tax boost of county Measure R, work is finally underway.

As we have reported in-depth, real estate hassles surrounding the creation of an operations and maintenance yard in Monrovia threaten to delay funding for the Gold Line extension.

It was complicated enough already. And then the creative lawyer for a Monrovia landowner seeking far more than assessed value from taxpayers for his commercial property threw a wrench into the machinery with a little-used legal dodge called quo warranto, under which it can be argued that local elected officials have a conflict of interest and ought not serve on the light rail board.

Just what is that conflict? Wanting a contemporary transit alternative to perpetual gridlock on the 210 Freeway? Wanting the best for the people who elected them? Because if this be conflict of interest, give us more.

Fortunately there is a legal remedy to this irritating gadflyism writ large. Assembly Bill 706, which has passed every committee and the state Senate unanimously, would also specify that Gold Line board members and alternate members of the authority shall not be considered financially interested and may participate in decisions and agreements regarding the authority.

We urge the Assembly to dispense with this subterfuge by passing A.B. 706 today. And we urge lawmakers as well to carry legislation exempting Monrovia from the elimination of local redevelopment agencies so that it can continue crucial negotiations with transit agencies and property owners and not hold up this line any longer.

Construction Update and Picture of the Week
Full Closure of Eastbound I-210 Freeway Between Baldwin and Santa Anita Will Occur Late Tuesday, September 13