The following excerpt appeared in the San Gabriel Valley Tribune on November 9, 2016. To read the full article, click here. 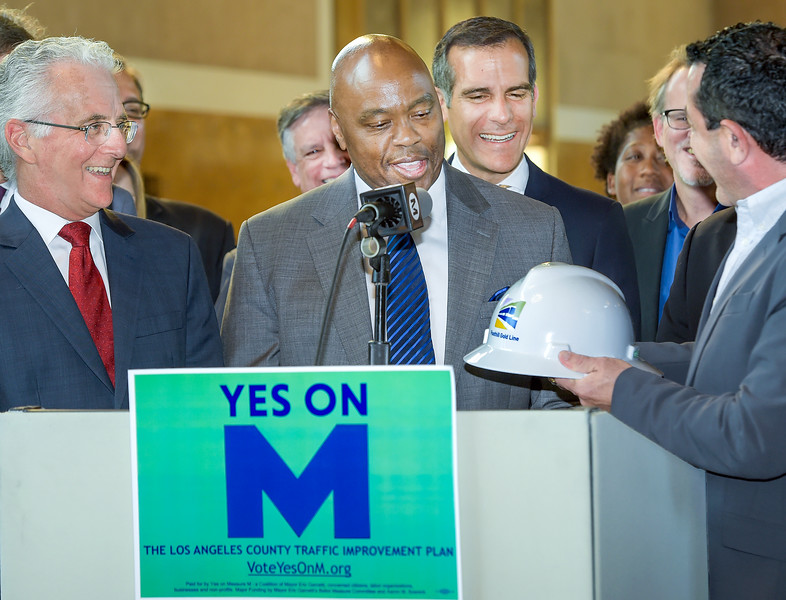 LOS ANGELES >> One by one, members of a diverse coalition of politicians, labor and environmental leaders from all parts of Los Angeles County praised the voters on Wednesday for approving Measure M, a half-cent sales tax that will raise $120 billion over 40 years for transportation improvements.

The measure, which received 70 percent of the vote, gives the Los Angeles County Metropolitan Transportation Authority, or Metro, a funding stream of $860 million every year, making the measure worth more than half of all the transit measures approved by voters across the country Tuesday night.

“This is the boldest, most comprehensive transportation investment initiative in North America and I want to thank the voters for bestowing on us that sacred trust,” said Metro CEO Phil Washington, one of many who spoke at a press conference inside the ticket hall of Union Station.