The following excerpt appeared in the San Gabriel Valley Tribune on November 16, 2016. To read the full article, click here. 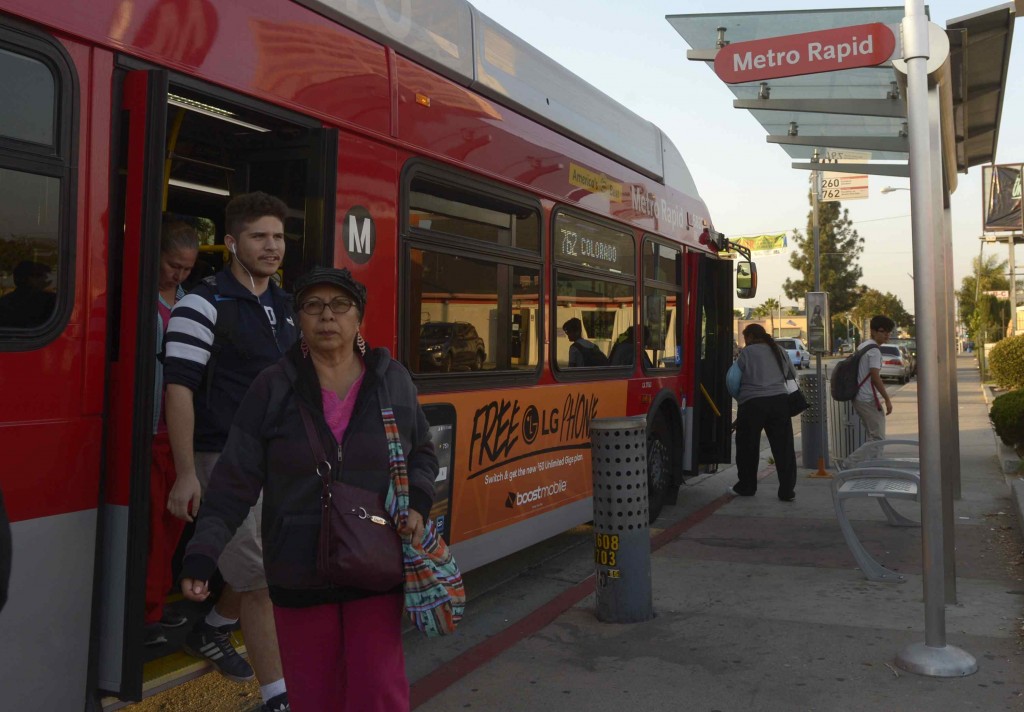 Eighty-six percent of Cudahy voters casted ballots in favor of Measure M. The buses going through this Gateway city are heavily used by the residents. People disembark the bus at the intersection of Santa Ana St. and Atlantic Ave. in Cudahy, Calif., Wednesday, Nov. 16, 2016.(Photo by Keith Birmingham, Pasadena Star-News/SCNG)

Overwhelming support from two groups — millennials and Latinos — propelled Measure M to victory in Los Angeles County, according to polling and numbers from the preliminary results of the vote.

With the measure, the Los Angeles County Metropolitan Transportation Agency, or Metro as it is commonly called, scored the largest transit-funding coup in the nation on Election Day. The money, which will total $120 billion over 40 years, will help build projects including a train through the Sepulveda Pass and extensions of the Purple, Gold and Green lines.

Looking at the numbers behind the measure’s passage, a few demographic and geographic trends become clear: Young people and minority communities see a future with fewer cars, and more trains and buses.