The following excerpt appeared in the San Gabriel Valley Tribune on February 27, 2016. To read the full article, click here. 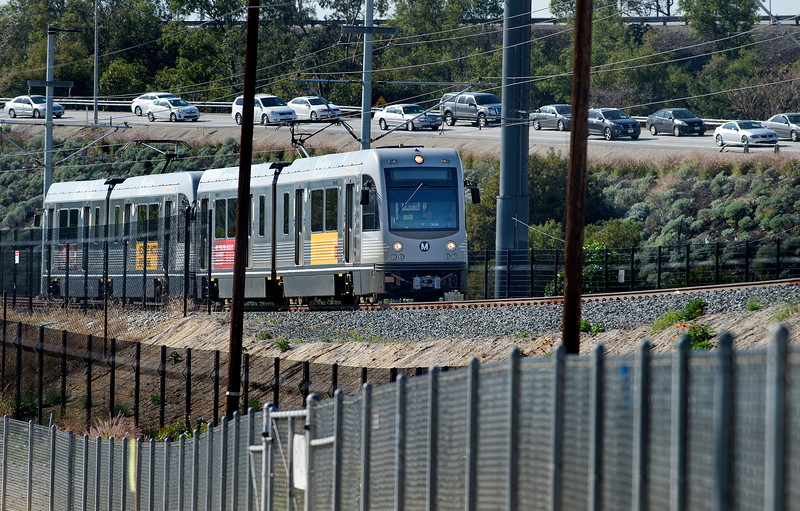 Metro Gold Line train traveling to Irwindale Station with cars transitioning to from (605) Freeway to (210). Train and track testing Wednesday, February 24, 2016, on the Gold Line extension which opens on March 5, with the new Gold Line Stations in Monrovia, Duarte, Irwindale, and Azusa. The Gold Line will be the longest light-rail train in Southern California, at 31 miles. It is also the farthest east Metro has ever gone. (Photo by Walt Mancini/Pasadena Star-News)

On Saturday there will be a new way to move about the San Gabriel Valley.

At the grand opening, the Gold Line Foothill Extension begins moving people between east Pasadena and the Azusa/Glendora border, roughly along the 210 Freeway corridor, criss-crossing the vibrant foothill towns of Arcadia, Monrovia, Duarte, Irwindale and Azusa.

The new train is historic and could be a game-changer for the region, said Habib Balian, CEO of the Metro Gold Line Foothill Extension Construction Authority.