The following article appeared on KPCC on September 23, 2015. 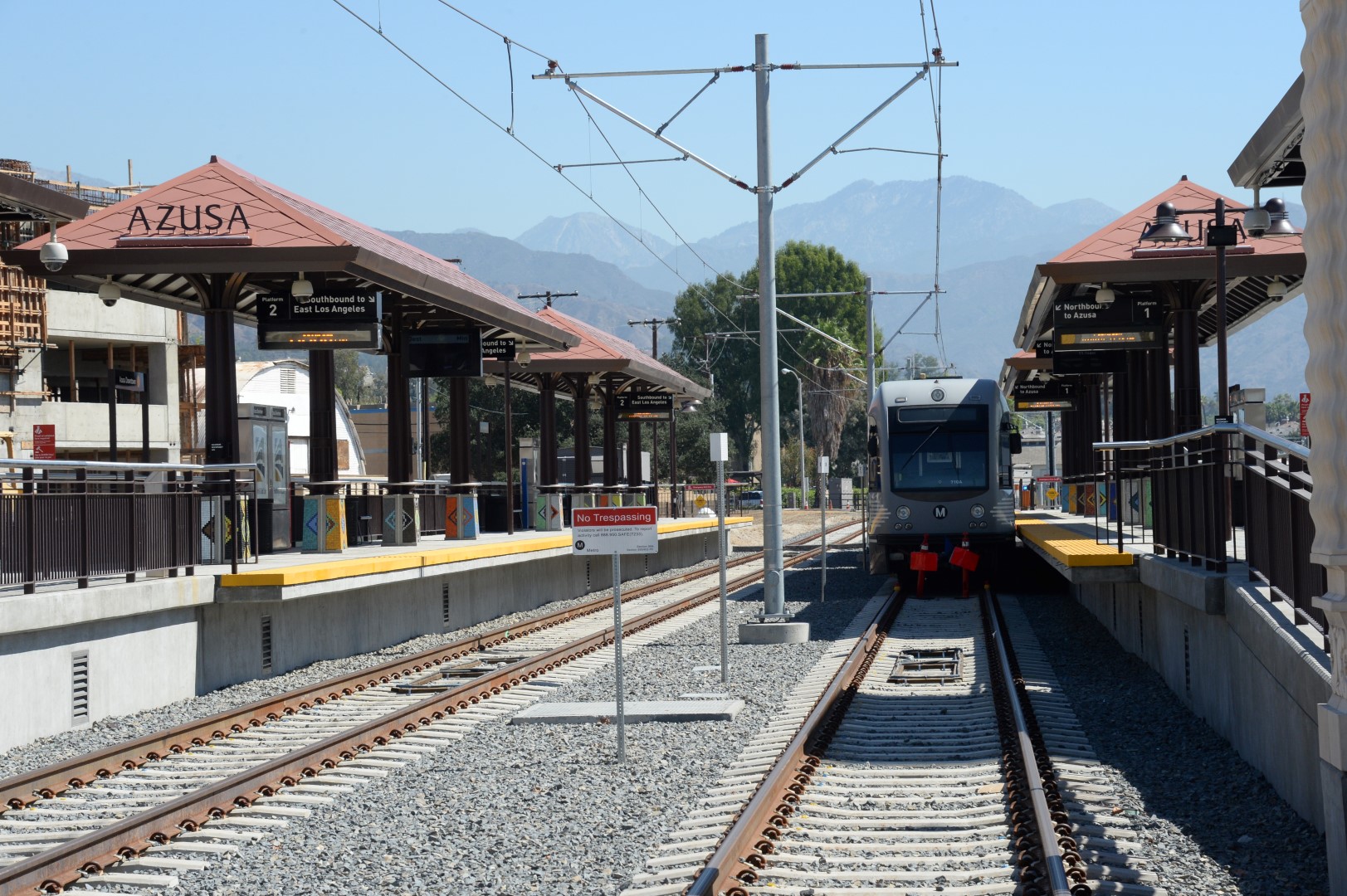 Construction on the Gold Line Extension from Pasadena to Azusa has been completed, but you still can’t take the light rail to get your dumpling fix in Arcadia. The line won’t open to the public for about six months as the Los Angeles County Metropolitan Transportation Authority conducts testing on the tracks.

The new stretch of the Gold Line includes six new stops beyond its current terminus at Sierra Madre Villa in Pasadena:

Azusa, the only city with two stops in the six-station project, hosted a dedication ceremony for the Azusa Downtown and APU/Citrus College stations Saturday.

You can see a video of how the artwork was built and installed for the Azusa Downtown station below.

“The Foothill Transit Constructors team did an outstanding job designing and constructing the light rail project,” said Construction Authority CEO Habib F. Balian at the conference. “It is unusual for a billion dollar public infrastructure project to come in on time and on budget, but they were partners with the Construction Authority from the start and I am pleased to say we ended as partners as well.”

In June 2010 the Foothill Gold Line from Pasadena to Azusa broke ground, resulting in 2.4 million work hours logged and an estimated 7,000 jobs created, according to the Los Angeles Economic Development Corporation.

“It’s been five years of solid construction,” Balian told KPCC last week. “We’ve gone through all the hurdles of getting through the community and the planning and design.”

In the coming days Metro expects to begin pre-revenue service, which is a phase of training for operators, emergency responders and the community.

An exact opening date for passenger service has not been set, but Metro anticipates spring 2016.

After the track for the extension reached a completion milestone last year, Foothill Gold Line shared the following video of the rail journey from Arcadia to Azusa:

The next phase of the Foothill Gold Line is planned for Azusa to Montclair, though it has not yet been funded. It could be part of a planned sales tax increase L.A. MTA hopes to put on the ballot in 2016.

Substantial completion reached on construction of Gold Line Foothill Extension! – The Source
The Foothill Gold Line Extension is Finished and On Track to Open in 2016 – Curbed LA