The following article appeared on Curbed LA on September 23, 2015. 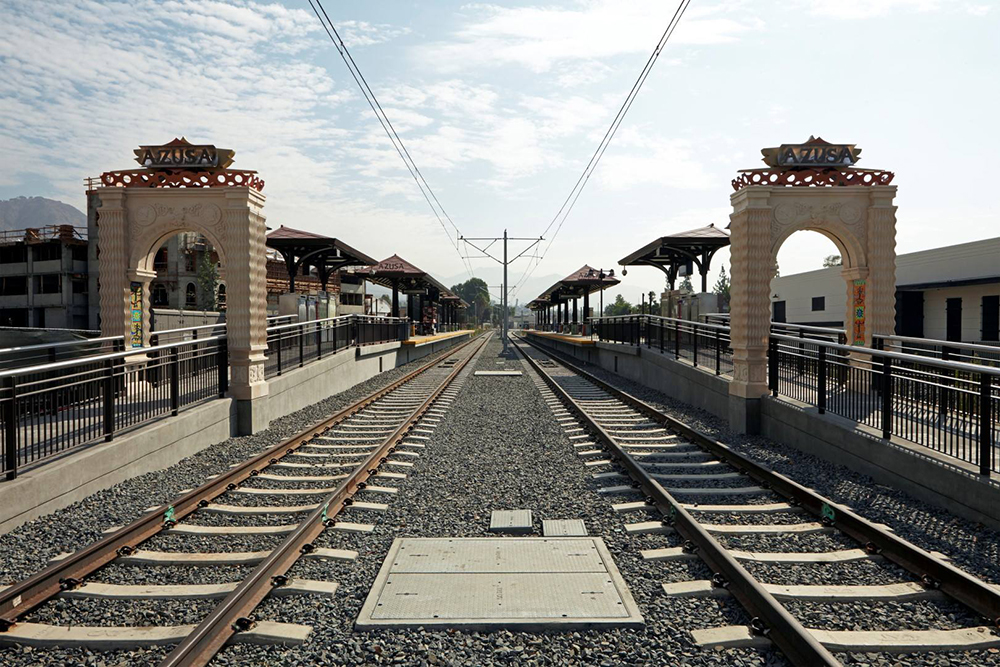 Years of sitting in gross rush-hour traffic on the 210 Freeway have given us plenty of time to fantasize about the new section of the Gold Line, which is expected to turn the trip from Azusa to Pasadena into a smooth, 17-minute ride. Today, the Foothill Gold Line Construction Authority, which has been building the new section of the rail line, announced that the line has reached “substantial completion,” meaning construction is finished and they’re ready to give the keys to Metro. Exciting!

Once the extension’s handed over to Metro, they’ll do their own tests and training on the 11.5-mile extension (aka pre-revenue testing) before opening sometime in 2016. And while an official 2016 opening date is still unclear, a release from the construction authority says that Metro has “committed to announcing a start date within 30 days of turn-over,” so the much-anticipated opening date should be coming soon. *Update: The Source says that “Metro has budgeted for the project to open in the first half of 2016.”

The first three stations of the extension were dedicated just last month. Over the weekend, the final two stations of the Gold Line’s extension east from its current Pasadena terminus to Azusa—one in downtown Azusa and another near Azusa Pacific University and Citrus College—were dedicated at a joint ceremony at the downtown Azusa station. The station looks pretty cool: