The following excerpt appeared in the San Gabriel Valley Tribune on November 1, 2018. To read the full article, click here. 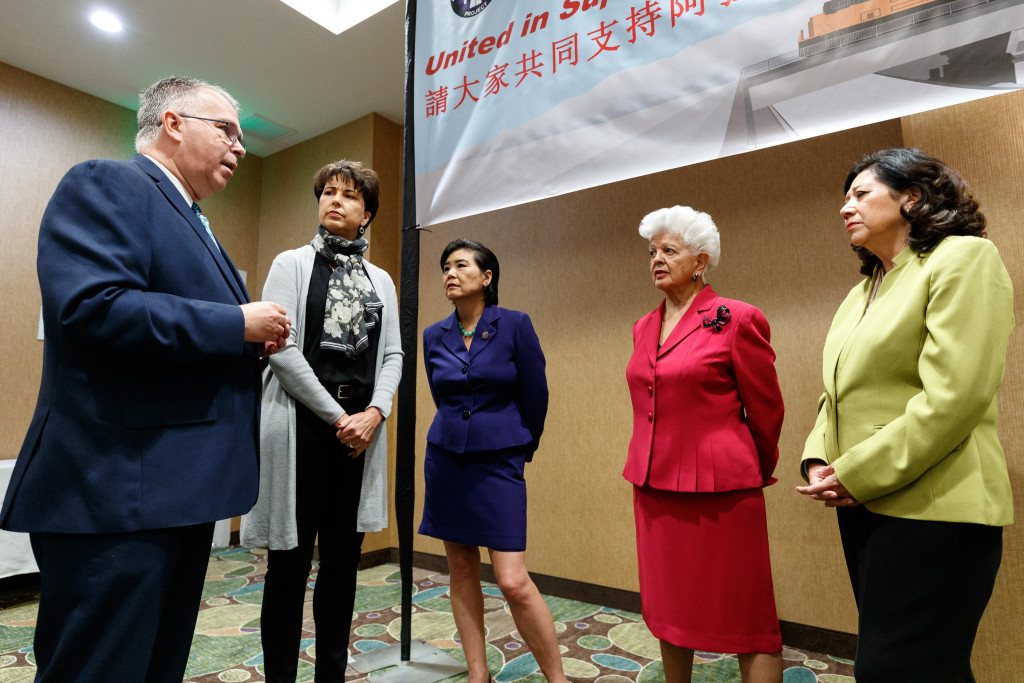 A bipartisan group of elected officials gathered in Diamond Bar Wednesday to argue for continuation of gas tax and vehicle license fee hikes imposed by state lawmakers last year, saying the monies from SB 1 are earmarked for key freeway and light-rail extension projects that would be left undone without the extra dollars.

If voters were to approve Proposition 6, a Nov. 6 ballot initiative that repeals the 12-cent per gallon tax on gasoline and 20-cent tax per gallon on diesel fuel, then completion of the 57-60 Freeway project, the 12.3-mile Gold Line Foothill extension from Glendora to Montclair, the closure of the Route 71 gap in Pomona (near Chino) and two road-train underpasses would not get built or would be delayed, said Mark Christoffels, chief engineer of the San Gabriel Valley Council of Governments, which oversees the Alameda Corridor-East rail-crossing agency.

While Los Angeles County may be less affected because it can rely mostly on monies from a 40-year, $120 billion transportation-targeted Measure M overwhelmingly passed by voters two years ago, the Inland Empire projects are more reliant on the $5 billion SB 1 funds next year and $52.4 billion over the next decade, he indicated.