The following article appeared in Curbed LA on October 12, 2015.

Los Angeles has two rail lines scheduled to open next year (Expo Line extension, Gold Line Foothill extension), but Metro’s thinking long-term and looking to firm up their long-range transportation plan. Because they’re thinking far into the future, they’re considering putting a half-cent sales tax increase on the November 2016 ballot to help fund some future projects—if it gets on the ballot and is approved, the hike would be in effect for 40 years, from the middle of 2017 to the middle of 2057 (“18 years beyond its current expiration date”),says The Source, and could raise $120 billion for dream projects throughout the county.

About half of the $120 billion would go to new projects and the rest would go toward helping “operate and maintain new projects that are built.” Though it’s not yet been decided for sure that Metro will ask for the sales tax increase, it does have a very tentative list of projects that could potentially be funded by the potential new revenue.

Each of the nine Los Angeles subregions has turned in their list of priority projects (below)—it currently includes 60 projects but is far from final: Metro will be working with each area to “refine” the lists, evaluate the projects on them, and find out which would have the most impact; Metro’s Board of Directors would ultimately be the ones to decide which would get funded and which wouldn’t—a decision that’s not expected to come until sometime in the first half of 2016. But in the meantime, we can dream, and so can the various regions served by Metro.

The Valley’s wish list includes a conversion of the Orange Line busway to light rail, of course; the Westside’s hoping for the Purple Line to hit Santa Monica (right now it’s set to stop its journey west at the West LA VA). Some of the projects on the priority list (attachment D) have some funding already from 2008’s Measure R sales tax increase; for those projects, the new sales tax funds would make up for any shortfall of Measure R dough and would, together, help get the projects built. 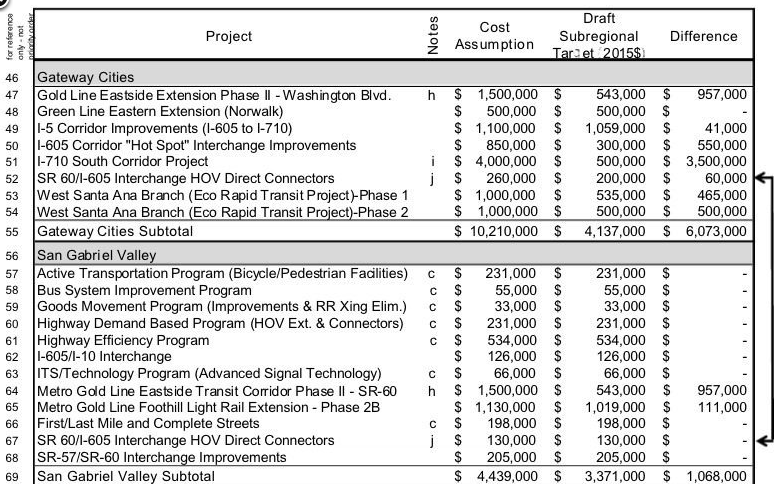