The following excerpt appeared in the San Gabriel Valley Tribune on April 10, 2016. To read the full article, click here. 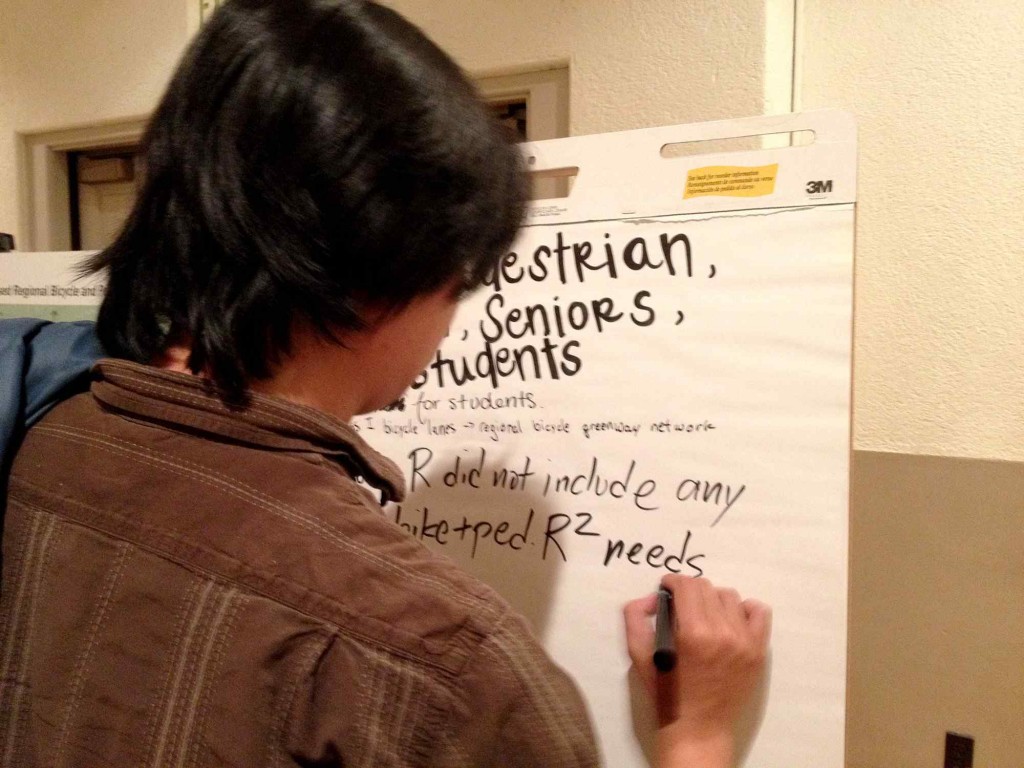 Participants at Thursday’s meeting in El Monte were encouraged to write comments at different aspects of Metro’s $120 billion, 40-year project expenditure plan. The meeting is one of 10 being held across Los Angeles County. Photo by Steve Scauzillo

Looking like a candidate on the stump, Metro CEO Phil Washington took to the podium Thursday night to sell a half-cent sales tax measure that would fuel $120 billion in rail, freeway and bike lane proposals in Los Angeles County for the next 40 years.

Washington identified with the room, saying he lives in the San Gabriel Valley and knows all about the traffic jams on the 10, 210, 60, 57, 71 and 605 freeways. Borrowing a phrase from presidential candidate Donald Trump, he added: “You know about the congestion that is out there. It’s huge.”

What is not huge, he said, is the cost. The next transit tax — sometimes being called Measure R-2 — would take $24 a year from taxpayer wallets, or about the price of one regular cup of coffee per month.