The following excerpt appeared in the San Gabriel Valley Tribune on April 11, 2016. To read the full article, click here. 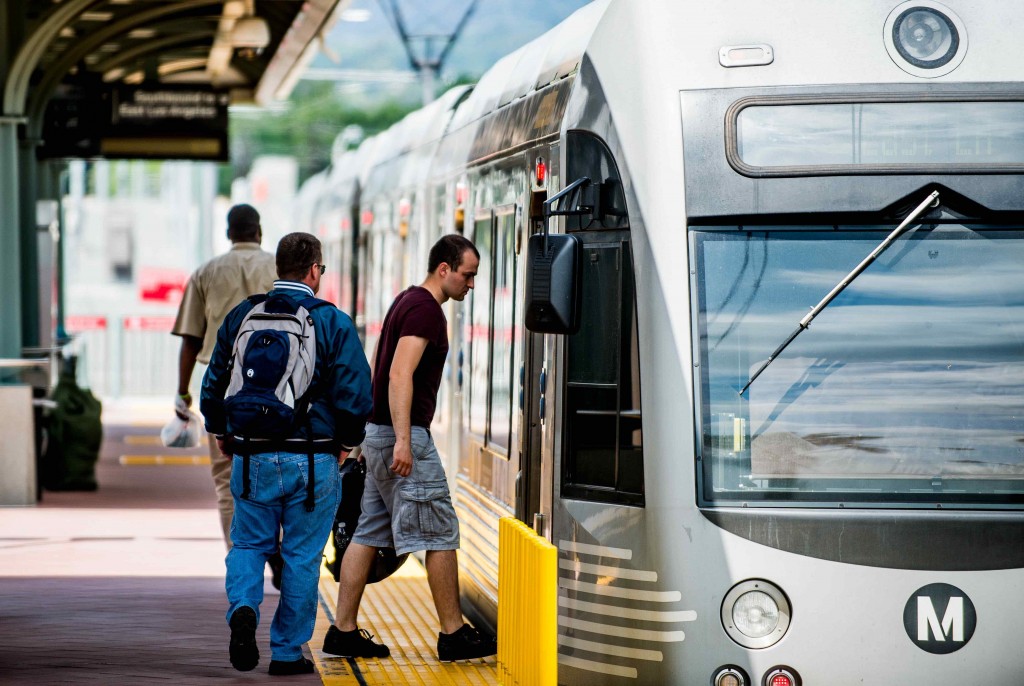 More than 70 percent of Gold Line extension riders are new to Metro and about 66 percent of those same riders said they no longer drive to work, according to a survey of passengers who boarded the train at the six stations within the 11.5-mile light-rail addition.

The east Pasadena to Azusa/Glendora extension, which opened March 5, is carrying 4,000 to 5,000 riders on weekdays and 3,800 to 4,000 on Saturdays and on Sundays, said Paul Gonzales, a spokesman for the Los Angeles County Metropolitan Transportation Authority (Metro).

The per-week boardings of about 32,000 riders — as revealed by a four-week survey not yet released to the public — was more than Metro expected, he said. Likewise, the strong weekend ridership was surprising.