Investment in Public Transit will Deliver Double the Return as it Stimulates Business Sales in Emerging Tech Sector, According to Three City Examples in New Study – APTA 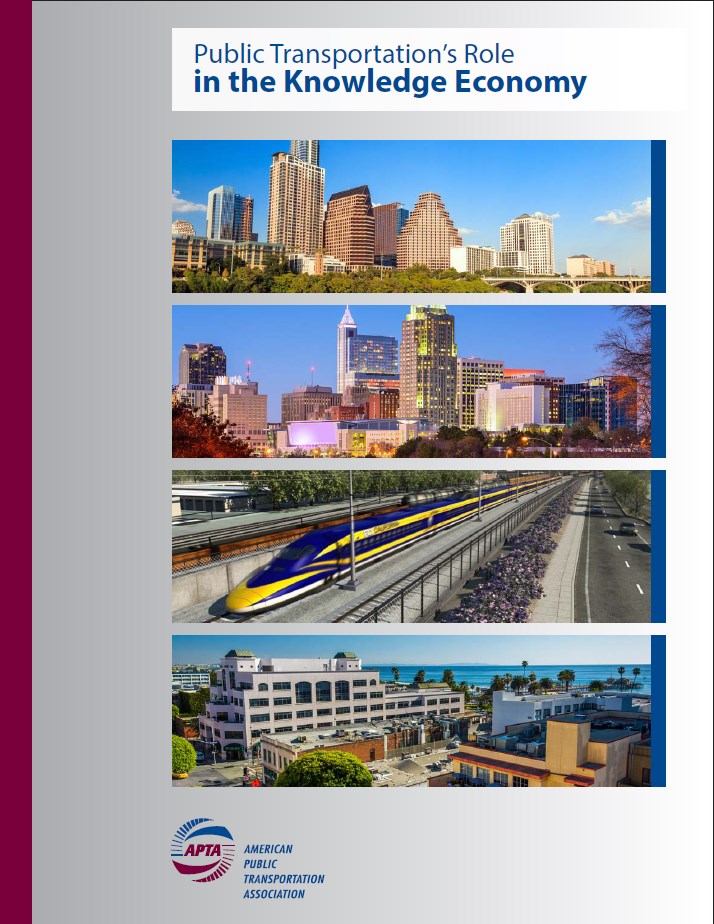 Washington, D.C.  If one were to view a community as a business, a new study shows that planned public transportation investments will yield a 2 to 1 return while helping to generate income for local businesses, its workers and neighborhoods.  In fact, this investment will yield more than $174 billion in business sales in the three cites examined in a new study commissioned by the American Public Transportation Association called Public Transportation’s Role in the Knowledge Economy.  The study authors examined the emerging tech sectors in Silicon Beach, CA; Austin, TX; and Durham, NC and looked at public transportation’s role in enhancing access to employees and promoting entrepreneurial infrastructure.

The authors noted in this research that communities across America are creating “Innovation Districts” – which are areas that include business incubators, anchor institutions and startups.  The study emphasizes that these districts are becoming an important engine of U.S. economic growth.  These Innovative Districts require both robust business and transportation infrastructure to be sustained over the long-term.

APTA designed the study and commissioned the Economic Development Research Group to conduct the research. The study looks at the economic impact of public transportation in select regions and does a deeper dive into how public transit supports emerging tech scenes in three areas: Silicon Beach in Southern California, the Historic Technology District in Austin, Texas; and the Research Triangle in North Carolina.  According to the analyisis, if the three cities’ long-range transportation plans are fully implemented by 2035, the transportation savings and accompanying productivity enhancement will generate:

“This data shows how use of public transportation provides an alternative to a car dependent congested network in these tech corridors and it provides savings to both businesses and households as a result from reducing workers out-of-pocket travel costs, and travel time,” Melaniphy added.  “Public transportation relieves pressure on the road system – whether you use public transit or not.  It also helps improve the movement of goods, and most importantly the investment helps grow the community.”

Public Transportation’s Role in the Knowledge Economy is based on three primary case studies and uses both qualitative and quantitative methods.  To read the study in its entirety go to http://www.apta.com/resources/hottopics/Pages/economics.aspx.