The following excerpt appeared in the San Gabriel Valley Tribune on October 14, 2016. To read the full article, click here. 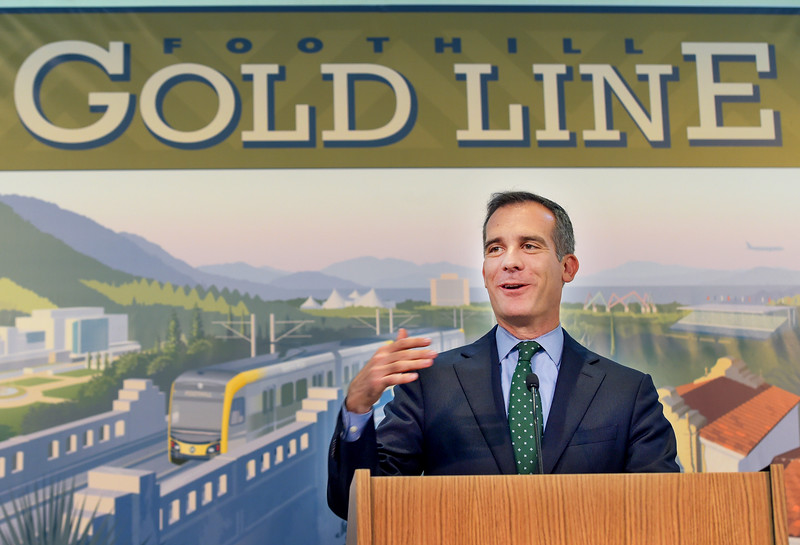 Because the only funding source for the 12.3-mile extension is contained in the one-half-cent transportation sales tax, he joined about 200 people at Pomona College, including mayors and members of Congress, at a kickoff program for the Glendora-to-Montclair extension and to hammer home the importance of passing Measure M and fixing Southern California’s transportation woes.

“It’s isn’t just about $120 billion (in Measure M funding) or 10 lines, it is about people, it is about stories and about the quality of our lives,” Garcetti said.

He was supported by Rep. Norma Torres, D-Pomona, who took it a step further by saying the San Bernardino Associated Governments, SanBAG, must start laying aside money to eventually connect the line to Ontario International Airport.