The following article appeared on KPCC on October 11, 2016. 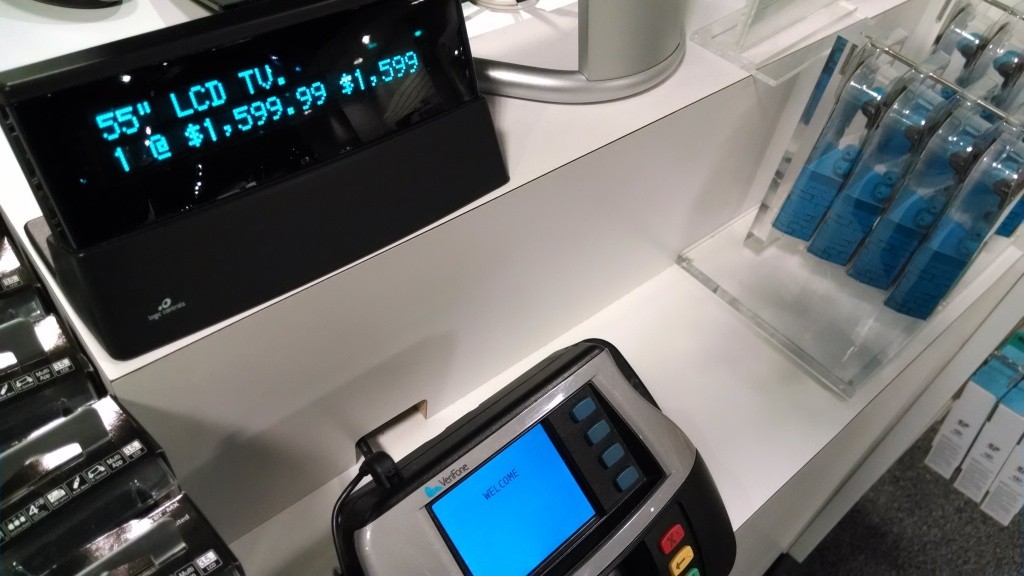 A cash register shows the purchase of an LCD screen TV. Residents in some L.A. County cities could be paying up to 10.25 percent sales tax on items if a ballot measure to fund transit is approved. ARANAMI VIA FLICKR

A proposed countywide sales tax increase to pay for billions of dollars in new rail and highway improvements over coming decades would cost the average household in Los Angeles County an extra $25 a year, officials project.

Both increases would remain in place forever, or until voters act to repeal them.

According to calculations released by Metro, the average household pays about $25 more in taxes each year for every half-cent increase. Economist Christopher Thornberg at Beacon Economics, an independent research and consulting firm, said that sounds about right.

“That’s just looking at sales tax receipts and dividing them by the number of households,” Thornberg said.

Measure M would continue the current Measure R $25 a year in taxes and would add an additional $25 a year on top of that.

Revenue from Measure M, if approved, would generate $860 million a year or $120 billion over 40 years, Metro estimates. It is the largest transit-related ballot initiative on the November ballot nationwide.

The transportation agency plans to undertake a long list of capital projects, including a subway under the Sepulveda Pass, an extension of the Gold Line to Claremont, an acceleration of the Purple Line subway to Westwood, and major highway improvements.

In some cities, which have their own local sales tax add-ons, the rate would be even higher: South Gate, Pico Rivera and La Mirada top the list with a projected rate of 10.25 percent, placing them among the cities with the highest rates in the nation. 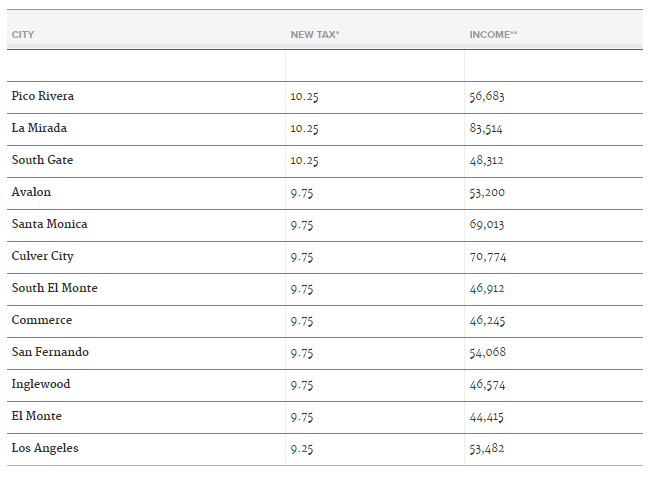 “When you get above 10 percent, people start to notice,” said Lisa Schweitzer, University of Southern California professor of urban planning. “It comes to a point where people might change their consuming behavior.”

But Thornberg, co-founder of Beacon Economics, said there’s little evidence that slight adjustments to sales taxes have much of an effect on whether people choose to shop or where.

“Let’s think about what the cost of buying something is,” he said. “There are the direct costs — what you actually pay, including the sales tax, and there are the transaction costs — getting to the store getting back, parking, gas all that.”

Given a bill that might increase just 50 cents on a $100 purchase, most people would choose not to go out of their way to avoid the tax increase.

One exception, he said, is car purchases. Thornberg has seen evidence that people will travel far distances to avoid high sales tax rates on a major purchase, although California law dictates that consumers pay sales tax based on the address on their car registration, not the location of the purchase.

In South Gate, one of the cities with the highest sales tax rates in the county, resident Blanca Almendares said in March she hears from some friends who leave to make major purchases but she infrequently does — and she supports paying higher taxes to build better transit.

Sales taxes are considered regressive because poor people end up paying a higher share of their income compared to wealthier people. But many experts say a sales tax to pay for transit is less problematic.

“It’s countered by the fact that transit is progressive,” said Schweitzer, meaning low-income people use public transit at higher rates.

Still, she worries that continually increasing sales taxes will be hard to reverse. Economist Thornberg sees the problem in a different light.

“A deeper question is why have we limited ourselves to taxing such a small share of overall consumption,” he said, noting prices on such services as construction or legal help have shot up much faster than prices on goods like clothes and electronics.

California currently does not charge a sales tax on food or services.