The following article appeared in the Thursday March 15, 2012 Edition of the Los Angeles Times. 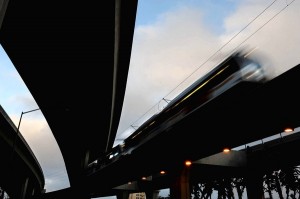 Reporting from Washington— In a rare display of bipartisanship, the Senate approved a $109-billion transportation bill Wednesday that boosts Los Angeles’ efforts to speed expansion of its bus and rail system.

The measure passed 74 to 22, underscoring the political appeal of a bill that supporters say will create jobs and reduce traffic congestion.

The bill, possibly one of the few major pieces of legislation that could be signed into law before the fall election, maintains the current level of funding for highway and transit projects for two years. Read more.