The following Opinion appeared in the Pasadena Star-News on February 6, 2015. 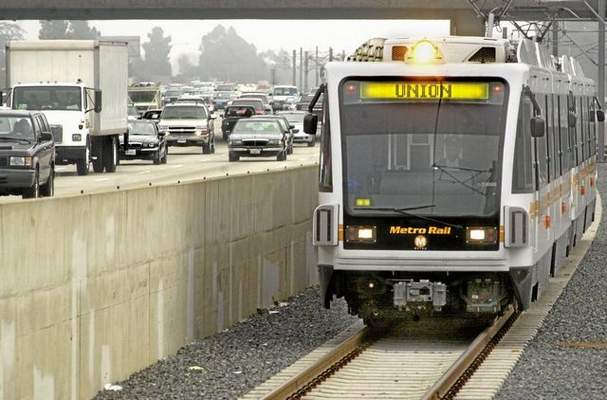 The other night, as I moderated a candidate forum for a local March election, I stood at the podium and sorted through questions from the audience. One good one about traffic congestion ended with this advice for those who would answer: “PS — If you expect to be taken seriously, don’t mention bus, rail or bike solutions. That is just wishful thinking. The commuters will be coming from throughout the L.A. area and will be driving their cars.”

In the interest of time, and of allowing candidates to give what the questioner would call a dumb answer, I didn’t include the PS when I posed the question, and in fact some candidates did mention mass transit and bike lines.

That doesn’t mean there isn’t a lot of truth within the gist of the PS. Even in cities around the world with great transit alternatives to commuting by cars, people will drive, even when it seems nuts to. We Southern Californians always marvel that anyone even bothers to own, and park, an automobile in Manhattan, say, where it is crazy-expensive to do so, and where the convenience of subway and bus lines is the best anywhere. Yet a parking space on a Manhattan side street is rare as hen’s teeth, and Midtown is gridlocked at rush hour. In London, a driver wanting to enter the central city faces, on top of the ordinary costs of gas and maintenance and parking, a “congestion charge” of the equivalent of $17.50 a day. If you think that keeps motorists away, you would be wrong.

When Southern California’s light-rail, subway and improved bus system is eventually built out to the point where it provides a real alternative for almost everyone, we, too, will still drive. Sometimes you have to schlep stuff too bulky for a train car. And sometimes a driver just wants to drive.

Yet fewer of us every year are entirely skeptical of the possibilities of mass transit here. When stuck in freeway traffic that gets more nightmarishly sluggish on the 101 and the 10 and the 210 and the 710 during “rush” hours — now, anytime that’s not 11:30 a.m. to noon or after 9 p.m. — you long for an alternative.

But I recently got a note from a journalism student at a local university. “We are asked to write a conflict/trend story to turn in (to be graded, not to be published). I have chosen to write about the LA Metro’s line expansion, despite lack of widespread use,” she said. “If you would be so kind as to give me any thoughts you had regarding the recent Metro line expansions, or your thoughts about Metro’s expansion despite being in deep debt.”

She clearly had a point of view. I wrote back asking for clarification. She said she meant rail-line expansion even though most people still drive, and “as for the financial troubles, I’m referring to the recent fare hikes as well as the fare-evasion issues with the fare ‘honor system’ that’s been abused for years.”

Ah. Anyone who thinks that turnstile-jumpers are at the heart of deficits carried by mass-transit systems, or even that fares themselves should pay for all of bus and rail line costs, is a deep skeptic indeed. And radically misinformed about economics. I’m afraid I went into lecture mode: Mass transit “doesn’t ‘pencil out,’ as the developers say, on its own. You can’t dig a subway tunnel and say that it will make money on its own or not cause government debt. But what convenient mass transit has done in major world cities — huge economic powerhouses that make trillions of dollars in taxes and tourism income for their governments and citizens — is to make it so easy to get around that real estate investments and quality of life soars.”

And, hey, I almost said, we keep hearing it’s young people who dig the Red Line! Leave curmudgeonly thoughts to the oldsters at candidate forums!

Larry Wilson is a member of the Los Angeles News Group editorial board.