The following editorial originally appears in the 4/20/12 edition of the San Gabriel Valley Tribune. 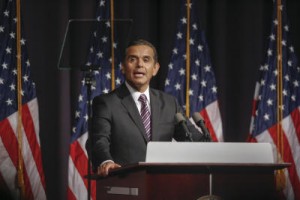 The last time Los Angeles Mayor Antonio Villaraigosa proposed a half-cent sales tax for rail and highway projects in the county – almost four years ago – most San Gabriel Valley leaders said “no way” because they said it favored the west side over the east side.

That was then. A lot has changed in four years.

First, Measure R was passed by 67 percent of county voters, a feat many said wouldn’t happen in the midst of one of the worst recessions in U.S. history. More importantly, part of the expected $40 billion payload over 30 years already is funding local projects, such as the Gold Line Foothill Extension to Azusa and a portion of a major railroad underpass in San Gabriel by the Alameda Corridor East (ACE).

After hearing Villaraigosa say at his State of the City speech Wednesday that he wanted to unshackle the measure which sunsets in 2039 by making it permanent, many local leaders contacted Thursday were warming to the idea.

Still, they have the same concerns as in 2008. Any money – either through bonding made possible by an unending tax stream or from tax revenues extended in 2040 that come as a result of an extension – must benefit eastside projects, not just Villaraigosa’s pet project, the Wilshire Subway.

“I am open to it,” said John Fasana, Duarte city councilman and local cities’ representative on the powerful Metro board. “Then it would be no different than Prop. A and Prop. C,” he added.

Both those measures – which equal 1 cent of the sales tax in Los Angeles County – also are used for transportation and never had sunset dates.

Fasana called himself “a supporter of the concept” but said he will withhold his vote on the Metro board until he sees more details on how the change will speed up projects and what specific projects would benefit.

Keith Hanks, a member of the Gold Line Construction Authority and an Azusa City Council member, said in order for voters in the San Gabriel Valley to approve the extension, Villaraigosa, as chairman of the Metro board, would have to include San Gabriel Valley projects.

For instance, he cites the lack of funding for phase 2B of the Gold Line from Azusa to Claremont as a good project. The Gold Line board is waiting on Congress to fund the second half of the foothill light-rail extension, but the federal transportation funding bill has been stalled and may never pass.

“I hope this could be for our good,” Hanks said. “If we extend Measure R, maybe everyone will come to the realization that the line must be completed to Claremont.”

Any change to the 2008 measure requires a bill from the Legislature that is signed by the governor; approvals from Metro and the county Board of Supervisors, and ultimately, approval by voters in Los Angeles County.

Supervisor Gloria Molina, whose district includes Azusa, “is not commenting about Measure R at this point,” said Roxanne Arnold, her spokesperson. Supervisor Michael Antonovich spoke against the measure at a Metro transportation committee meeting Thursday. The committee voted 3-2 to endorse a bill which could bring the measure to the ballot. Antonovich did not respond to a request for an interview. Both Molina and Antonovich were opposed to Measure R in 2008 for fear it included funding for too many L.A. city projects.

“If L.A. city wants a tax to pay for their individual projects, then they should vote to tax themselves without including the rest of the county – who have their own vital transit needs,” wrote Tony Bell, an Antonovich aide, in an email.

Assemblyman Mike Feuer’s Assembly Bill 1446 gets the ball rolling. His bill – which passed the Assembly Judiciary Committee by a 7-1 vote and will be heard in the Transportation Committee on Monday – authorizes Metro to put on the November ballot a measure that asks voters to extend the terms of the tax measure indefinitely.

“This extension would enable Metro to bond against future Measure R revenue and build transportation projects much sooner than originally contemplated,” he said in a press statement.

Anti-tax groups are concerned that politicians are asking voters to tax their grandkids or great-grandkids, since any vote would be for sales taxes paid after 2039.

“The politicians count on people having short memories,” he said. “The French have a saying, `there is nothing more permanent than the temporary.”‘

Locally, the San Gabriel Valley Council of Governments and the ACE boards have not taken a position on the Feuer bill.

However, ACE’s phase two list of eight underpass projects in the San Gabriel Valley will cost about $700 million. ACE has been promised about $400 million in Measure R funds and even with other funding has about a $240 million shortfall, according to ACE documents.

“Our recommendation is for the ACE staff to work with the bill’s author, the MTA (Metro) staff and San Gabriel Valley delegates to assure if Measure R is extended, there are adequate resources made available to complete ACE grade separation projects,” said Paul Hubler, ACE spokesman.

Villaraigosa said in his speech Wednesday: “By extending Measure R, we’ll create jobs, relieve traffic congestion and build projects in one decade instead of three.”

He said the measure would speed along 12 major light rail, bus and subway projects in one decade from L.A. to Long Beach to the San Fernando and San Gabriel valleys. He specifically mentioned projects in the San Fernando Valley and “the Wilshire Subway,” an extension of the Purple Line subway from Koreatown to Westwood.